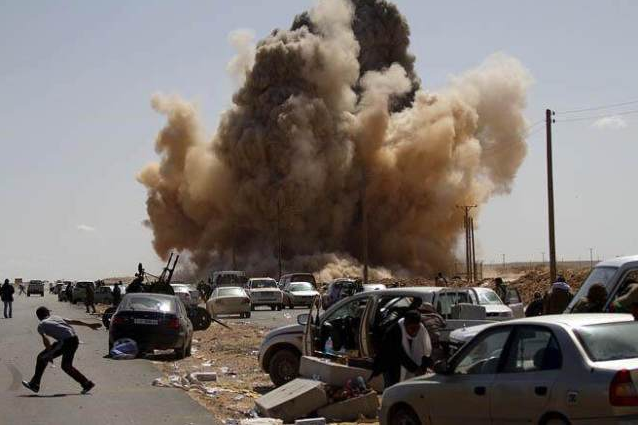 TRIPOLI, April 4 (Xinhua) -- The United Nations Support Mission in Libya (UNSMIL) on Saturday called on the Libyan rival parties to end the ongoing armed conflict in the country.

"Today marks one year since the forces of Libyan National Army Commander Khalifa Haftar launched their offensive to seize Tripoli, Libya's capital," the UNSMIL said in a statement.

"What resulted is a needless conflict that shattered the hopes of many Libyans for a peaceful political transition," it added.

Over the past year since April 1, 2019, the UNSMIL has documented at least 356 civilian deaths and 329 injuries.

Nearly 150,000 people in and around Tripoli have been forced to flee their homes since the beginning of the conflict, and about 345,000 civilians remain in frontline areas with an additional 749,000 people estimated to live in areas affected by the clashes.

The UNSMIL also estimates that around 893,000 people are in need of humanitarian assistance.

"The influx of foreign fighters and advanced weapon systems into the country continues unabated, and their use on the battlefield has directly led to an intensification of the conflict," it added.

The UNSMIL appeals to "all concerned to activate the humanitarian truce immediately and cease all military operations to allow Libyan authorities to respond to the threat of COVID-19."

On April 4, 2019, the eastern-based army launched a military campaign in and around Tripoli, attempting to take over the city and overthrow the rival UN-backed government.

Despite recent announcements of both parties of accepting international calls for a humanitarian cease-fire, they have been trading accusations for breaching the truce and targeting civilians in Tripoli.