Despite encouraging progress in several areas, the natural world is still suffering badly and getting worse, according to the Global Biodiversity Outlook 5 (GBO-5), published Tuesday by the UN Convention on Biological Diversity (CBD). In the report, officials and experts emphasized it will take the entirety of humanity to achieve 20 important global biodiversity targets. 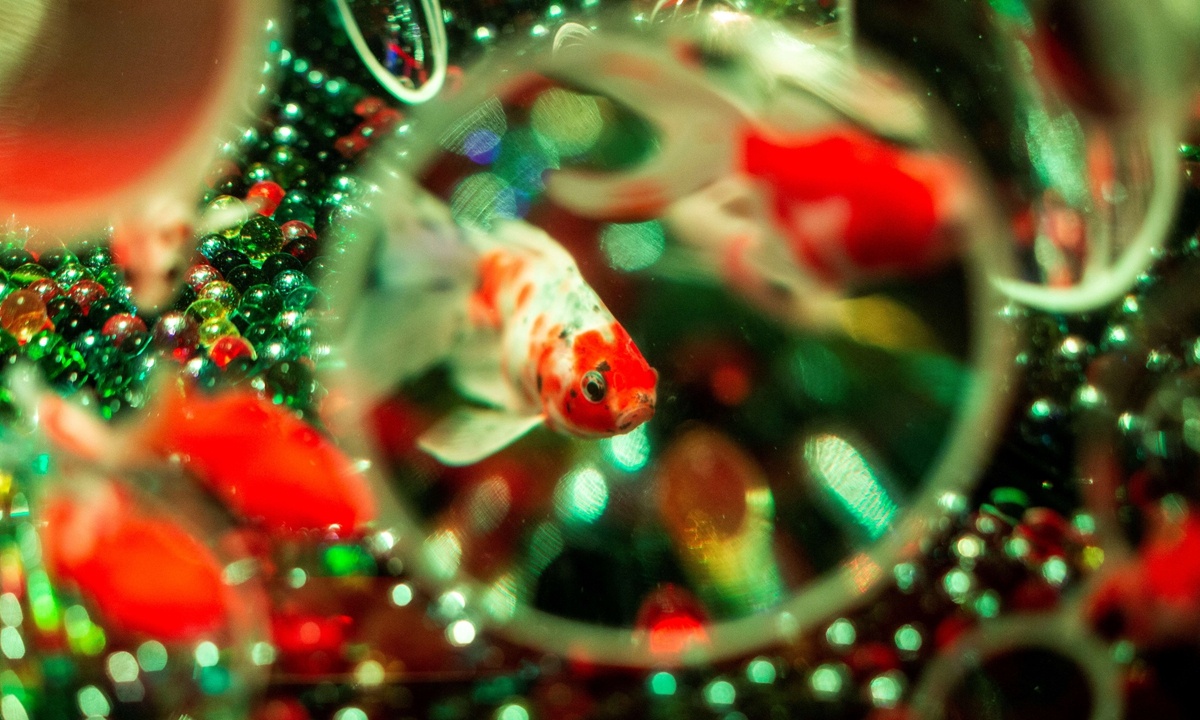 A goldfish display titled Reflecterium is seen during a press preview of the 2020 Art Aquarium exhibition of 30,000 goldfish in Tokyo, Japan on Thursday. Every summer, Tokyoites look forward to Art Aquarium's stunning goldfish exhibition, an event that has drawn over 10 million visitors since it was first held in 2007. (Photo: AFP)

GBO-5 is a final report card on progress toward 20 global biodiversity targets set for 2020 that were agreed upon in 2010, and offers lessons learned and best practices for getting back on track.

Calling for a shift away from "business as usual," the report outlines eight transitions that recognize the value of biodiversity, the need to restore the ecosystems on which all human activity depends and the urgency of reducing negative impacts on the environment, such as land and forest transition, sustainable food systems transition, and cities and infrastructure transition. 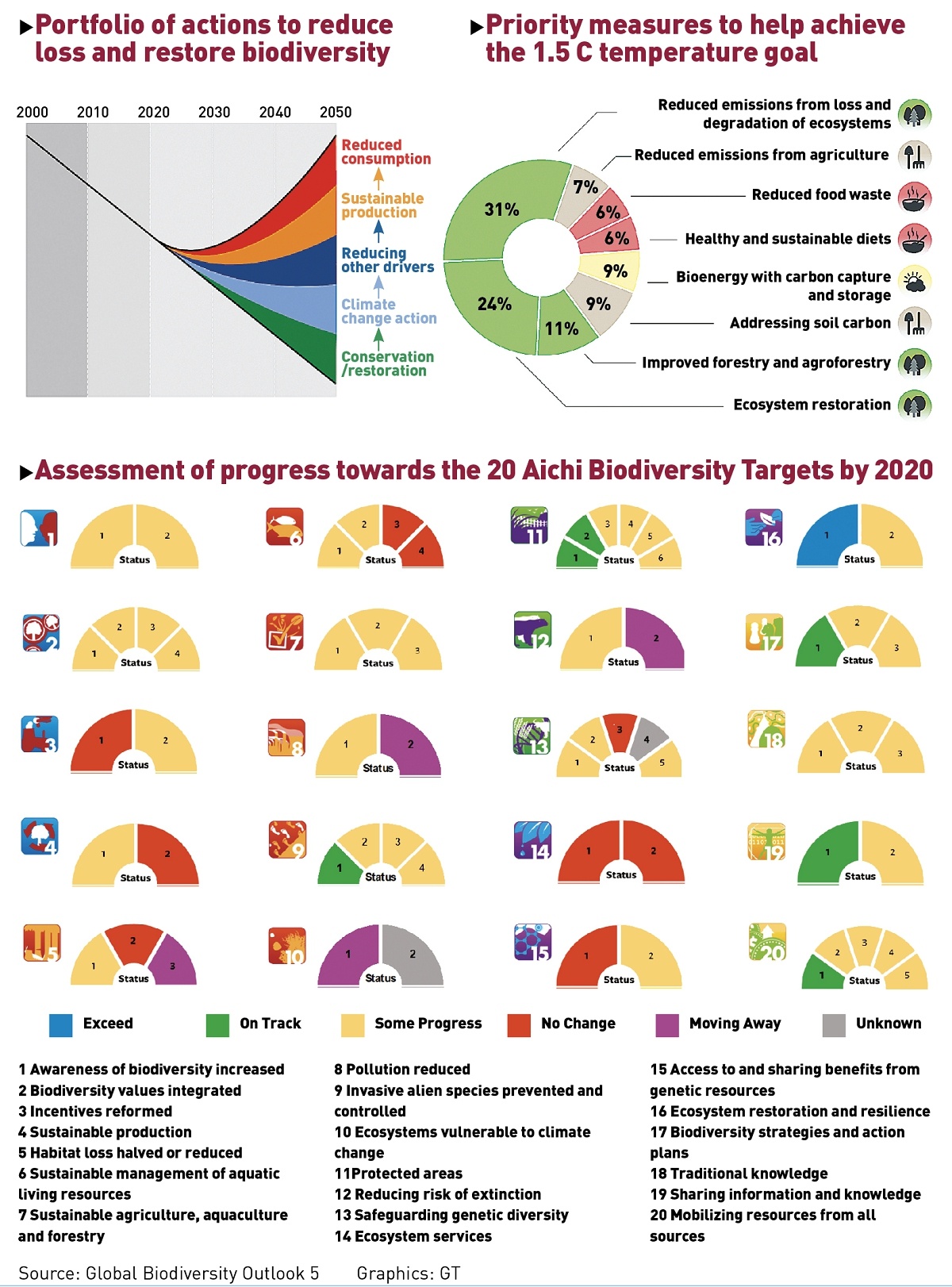 Meanwhile, the report said that China's $6 trillion Belt and Road Initiative - a major global driver of infrastructure development across Asia, Europe and Africa - presents many risks for biodiversity and that new cooperative modes of governance will be needed to mitigate these risks.

Ma Keping, a researcher with the Institute of Botany, Chinese Academy of Sciences, told the Global Times that compared to past decades, China's role in biodiversity has changed from a follower to a critical contributor with its increased promotion, in both concept and implementation, of ecological civilization.

"China's top down approach has raised the entire country's awareness to protect nature," he stressed.

Now China is applying our best practices around the world under the concept of a green Belt and Road Initiative to achieve biodiversity targets, Ma said.

CBD Executive Secretary Elizabeth Maruma Mrema told the Global Times on Tuesday that "The Belt and Road [Initiative] is a huge infrastructural investment. And looking at the environmental side, one key element to look at is where the project will be located in addition to China.

"Just to make sure we are doing the right thing in terms of impacts, which may be involved in their investment," Mrema added.

Linda Wong, deputy secretary-general of the China Biodiversity Conservation and Green Development Foundation, told the Global Times on Wednesday that it is necessary to listen to the voices of multiple stakeholders, including residential communities and indigenous peoples, regarding the impact of projects on the environment in order to protect biodiversity around the world.

One of the peer reviewers of the GBO-5, Wong advised that humanity work to reduce food consumption sourced from poached or illegally traded wild animals in order to reduce zoonotic diseases from wildlife-human virus transmission.

David Cooper, deputy executive secretary of CBD, said at a media briefing on Tuesday that 17 out of 65 financiers that were identified in the studies looked at for the report require biodiversity impact mitigation.

"There is definitely room for improving the safeguards that we have for this initiative and many others," he said.

"The good news is that if you look at China, some of China's own infrastructure development is following best practices in terms of selecting new roads and putting mitigation measures in place. We know that China is committed to ensuring the environmental sustainability of the Belt and Road Initiative, so there is everything played for in this case," Cooper noted.

The report concludes that overall of the 20 targets, six of which were partially achieved by the 2020 deadline.

"We have an unprecedented opportunity to 'build back better,'" UN Secretary-General António Guterres said.