UN Secretary-General Antonio Guterres stressed on Tuesday that "root causes" must be addressed to improve the world's response to the refugee situation. 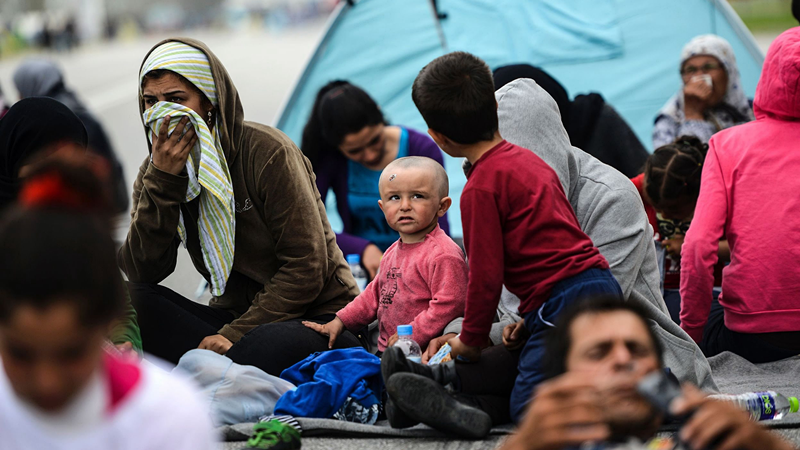 Migrants and refugees block the highway near the town of Polykastro to protest the opening of the Greek-Macedonian border on April 2, 2016, after thousands of them are stranded by the Balkan border blockade. /VCG Photo

"This is the moment to ensure that the human rights of refugees are upheld, to re-establish the integrity of the international refugee protection regime and to address the root causes that lead people to flee in the first place," he said at a press conference during the ongoing Global Refugee Forum at the Palais des Nations in Geneva.

The UN chief said the world needs to change the way it responds to refugee situations so as to better cope with present realities and prepare for future challenges.

Forced displacement around the world has been rising steadily in recent years. The latest UN figures showed that today more than 70 million people are forcibly displaced, double the level of 20 years ago. 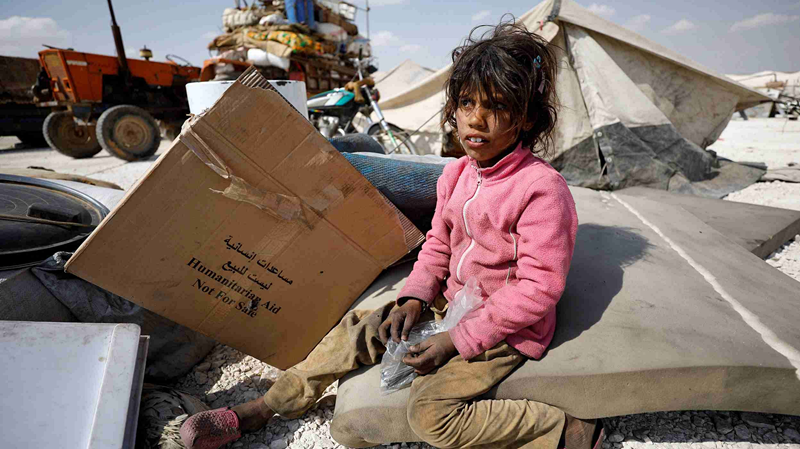 An internally displaced girl who fled Raqqa city sits inside a camp in Raqqa Governorate, Syria, May 4, 2017. /VCG Photo

According to the UN chief, forced displacement and humanitarian needs will likely continue their troubling rise because conflicts have become more complex and interlinked, and at the same time, the megatrends of climate change, population growth, rapid urbanization, food insecurity and water scarcity will all make things worse.

"We need more international cooperation by all relevant partners, and a genuine commitment to sharing responsibilities among member states," he noted.

"I think burden sharing is also for developed countries to have their borders open to asylum seekers seeking protection, and to give a fair treatment to their claims, because we cannot have two worlds," he added.

It's said that 3,000 participants are registered for the Forum, which is not only the first-ever of its kind and also the biggest event in the history of the UN refugee agency.

The three-day Global Refugee Forum kicked off on Monday in Geneva. The event is hosted by the UN refugee agency UNHCR and the government of Switzerland and co-convened by Costa Rica, Ethiopia, Germany, Pakistan and Turkey.