WORLD UN chief calls for end to war with nature

UN chief calls for end to war with nature

"I want to be clear. Without nature's help, we will not thrive or even survive. For too long, we have been waging a senseless and suicidal war on nature. The result is three interlinked environmental crises: climate disruption, biodiversity loss and pollution that threaten our viability as a species," he told a press conference for the launch of a UN Environment Programme report, "Making Peace with Nature."

"Human well-being lies in protecting the health of the planet. It's time to re-evaluate and reset our relationship with nature," he said. 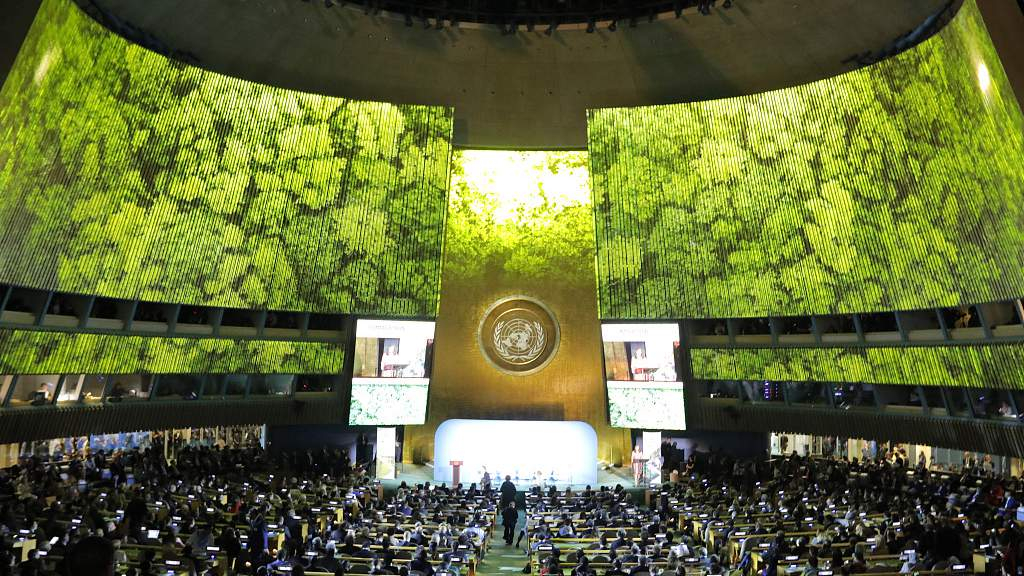 Human beings are overexploiting and degrading the environment on land and sea. The atmosphere and the oceans have become dumping grounds for waste. Governments are still paying more to exploit nature than to protect it. Globally, countries spend some 4 trillion to 6 trillion U.S. dollars a year on subsidies that damage the environment, he noted.

The interlinked climate, biodiversity and pollution crises require urgent action from the whole of society -- from governments, but also from international organizations, businesses, cities and individuals, said Guterres.

The report shows that the global economy has grown nearly fivefold in the past five decades, but at a massive cost to the global environment, he said.

Earth is heading for more than 3 degrees Celsius of global warming this century. The burden falls disproportionately on women, who represent 80 percent of those displaced by climate disruption. More than 1 million of the planet's estimated 8 million plant and animal species are at risk of extinction. And diseases caused by air pollution cause some 6.5 million premature deaths every year. Polluted water kills a further 1.8 million, predominantly children. Meanwhile, 1.3 billion people remain poor and some 700 million are hungry.

"The only answer is sustainable development that elevates the well-being of both people and the planet," he said.

The new report points to many ways the world can accomplish this, he said. For example, governments can include natural capital in measures of economic performance and promote a circular economy. They can agree to not support the kind of agriculture that destroys or pollutes nature. They can put a price on carbon. They can shift subsidies from fossil fuels toward low-carbon and nature-friendly solutions.

"The bottom line is that we need to transform how we view and value nature. We must reflect nature's true value in all our policies, plans and economic systems. With a new consciousness, we can direct investment into policies and activities that protect and restore nature and the rewards will be immense," he said. "It's time we learn to see nature as an ally that will help us achieve the Sustainable Development Goals."