UN chief calls for expansion of humanitarian aid to Syrians 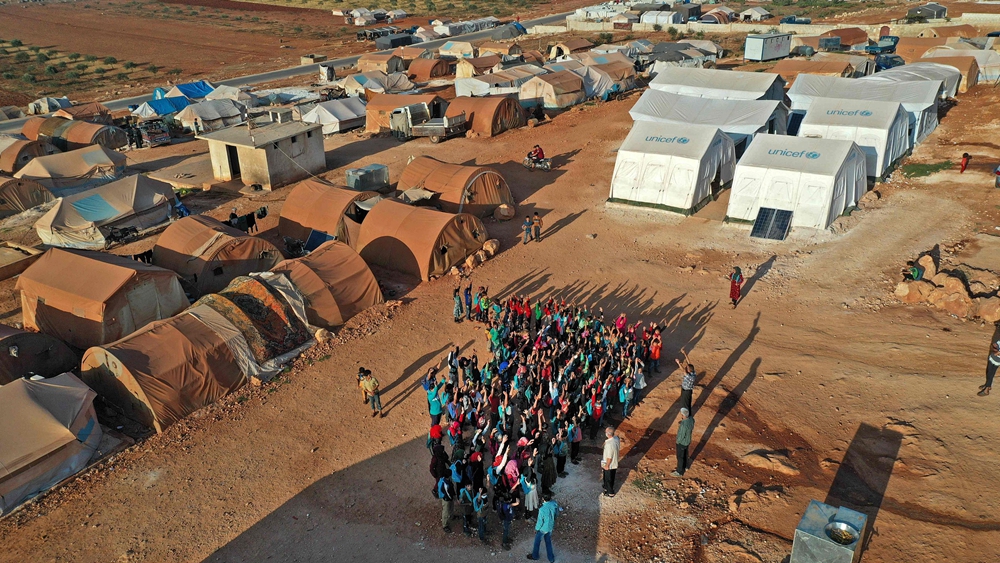 An aerial view of displaced Syrian youths standing in a queue ahead of classes at a camp for the internally displaced in the town Maarrat Misrin in Idlib Province, Syria, October 6, 2020. (Photo: CFP)

United Nations Secretary-General Antonio Guterres on Wednesday called for the expansion of humanitarian aid to Syrians.

More than 70 percent of the population in northwest Syria is in need. It is absolutely essential to maintain and increase the level of support, Guterres told the Security Council.

Despite the UN's massive response in Syria and across the region, more humanitarian access is required to reach those most in need. It is important to maintain and expand access, including cross-border and cross-line operations, he said.

"We are in dialogue with Turkey and groups in control of the area, and I have strong hopes that it will be possible to start cross-line operations soon. But we must recognize that they will never be able to replace cross-border assistance at the present levels," said the UN chief.

In the past 12 months, the United Nations has been carrying out massive cross-border operations from Turkey into Northwest Syria, with more than 1,000 trucks moving through a single crossing point per month, said Guterres, calling for consensus among the members of the Security Council on the renewal of the authorization of cross-border operations.

"A failure to extend the council's authorization would have devastating consequences. The Syrian people are in dire need, and it is essential to mobilize all our capacities, along all channels," said Guterres.

The UN humanitarian operation in Syria is the biggest in the world. The world body is seeking $4.2 billion to ease the country's plight. Another $5.8 billion is being requested to support refugees in the region.

"That is a fraction of what is needed. I appeal to donors to step up life-saving assistance and in helping to build resilience to face these enormous challenges," said the UN chief.