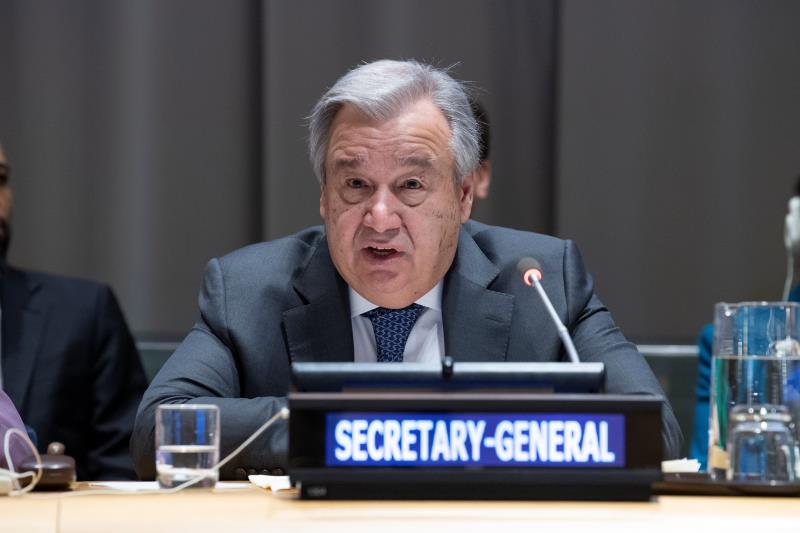 New York (People’s Daily) - Despite countless headwinds, the United Nations made a real difference in 2018 and will need to achieve even more in 2019, as the planet faces a world of trouble.

That was the New Year message from UN Secretary-General António Guterres on Wednesday, at UN headquarters in New York, as he presented his top five priorities for the year ahead: diplomacy for peace; ambitious climate action; acceleration towards Sustainable Development Goals (SDGs); better governance over new technologies; and stronger UN values worldwide.

“The truth is that the experience of last year proves that when we work together and when we assume our responsibilities, we get things done,” said Mr. Guterres, as he proceeded to highlight some of the UN’s most outstanding achievements of 2018.

Among the successes, he cited progress towards forging peace in Yemen, the Korean peninsula, and South Sudan; and between former enemies Ethiopia and Eritrea.

He also highlighted the successful outcome of the UN climate conference in Poland last December, which resulted in overall consensus on how to implement the 2015 Paris Agreement on climate change. Other major international achievements of 2018 include the global compacts on migration and refugees, renewed engagement for peacekeeping operations, and major steps taken to reform the UN.

“As we look ahead to 2019, I won’t mince words,” he said. “While recognizing the progress we are making, we cannot be complacent. To meet the needs and expectations of the people we serve, we must accelerate our work.”

The UN Secretary-General called for deeper efforts to “show that we understand people’s anxieties, fears and concerns” and to “address the root causes that lead people to feel marooned in our rapidly changing world.”

He concluded by saying, “let’s keep showing all people that we care and let’s keep proving our worth through action.”