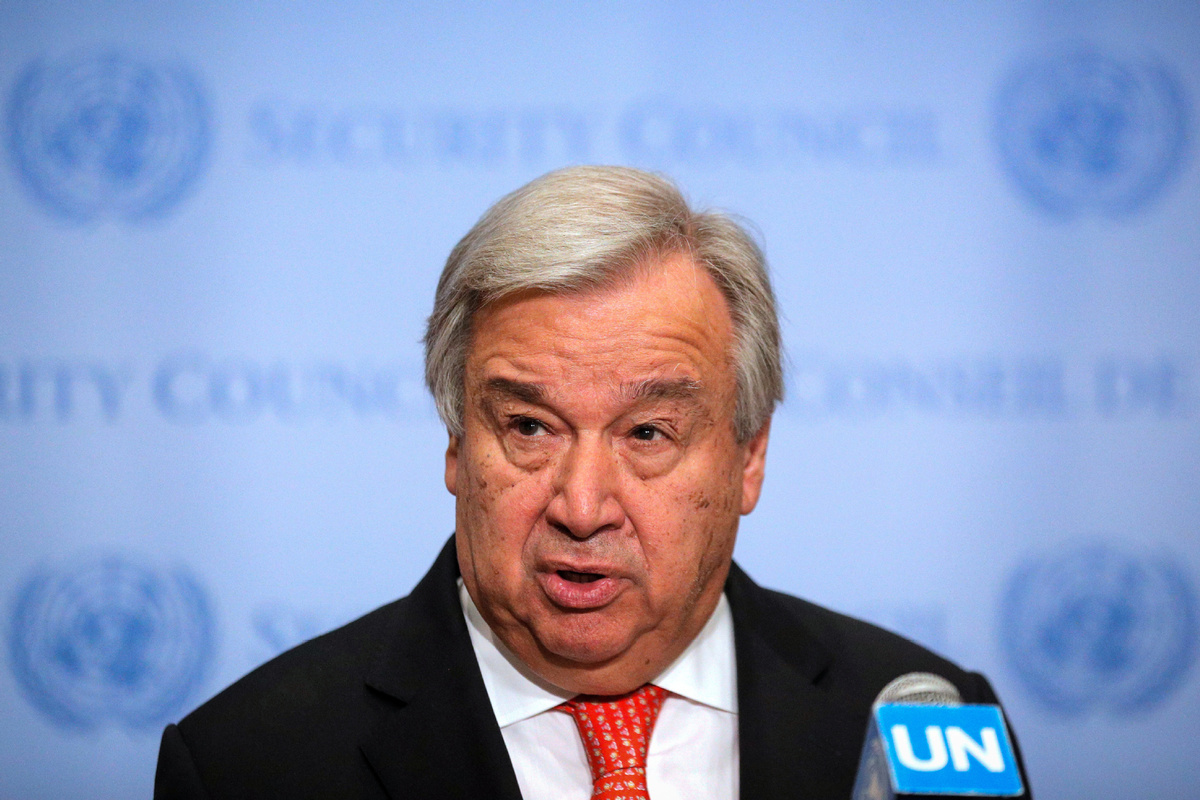 United Nations Secretary-General Antonio Guterres urged India and Pakistan to refrain from taking any steps that would affect the status of Kashmir.

UN spokesman Stephane Dujarric said Guterres "is also concerned over reports of restrictions" in India-controlled Kashmir, "which could exacerbate the human rights situation in the region", and reiterates his call for "maximum restraint".

An Indian presidential decree issued on Monday revoked Article 370 of India's constitution that guaranteed special rights to the Kashmir.

Indian government also imposed an unprecedented security lockdown and a near-total communications blackout in the region since Aug 4, arresting more than 500 people.

Tensions has since been escalated between India and neighboring Pakistan.

Indian Prime Minister Narendra Modi said on Thursday night that he had stripped India-controlled Kashmir of its statehood and special constitutional status to free the disputed region of "terrorism and separatism".

In his first nationally broadcast speech on the decision, Modi described the changes as historic. He assured its residents that the situation will soon "return to normal gradually", although he gave no specifics.

Modi said the "mainstreaming" of the Kashmiri people with the rest of the nation would expedite development and create new jobs with investment from public and private companies.

He accused Pakistan of using the past arrangement "as a weapon to incite people of the region against India."

"I have complete faith under this new system we all will be able to free" India-controlled Kashmir "of terrorism and separatism", Modi said, referring to ending the region's special status.

Pakistan said it would downgrade diplomatic ties with New Delhi, expel the Indian ambassador and suspend trade and a key train service with India. Prime Minister Imran Khan told his National Security Committee that his government will use all diplomatic channels "to expose the brutal Indian racist regime" and human rights violations in Kashmir, a government's statement said.

Pakistani Foreign Minister Shah Mahmood Qureshi said on Thursday Islamabad is not considering any military action, looking instead at its political and legal options.

Pakistan has also promised to take the matter to the UN Security Council, while its military has said it "firmly stands" with Kashmiris.

Meanwhile, a strict curfew keeping residents of India-controlled Kashmir in their homes for a fifth day will be eased for Friday prayers, according to the region's police chief.

"People will be allowed to go to the area-specific mosques for the prayers in most parts of the Srinagar city," the region's police chief told The Associated Press.

The relaxing of the curfew was temporary but a precise time frame wasn't given. Friday prayers started at 12:37 pm in Srinagar and last for about 20 minutes.