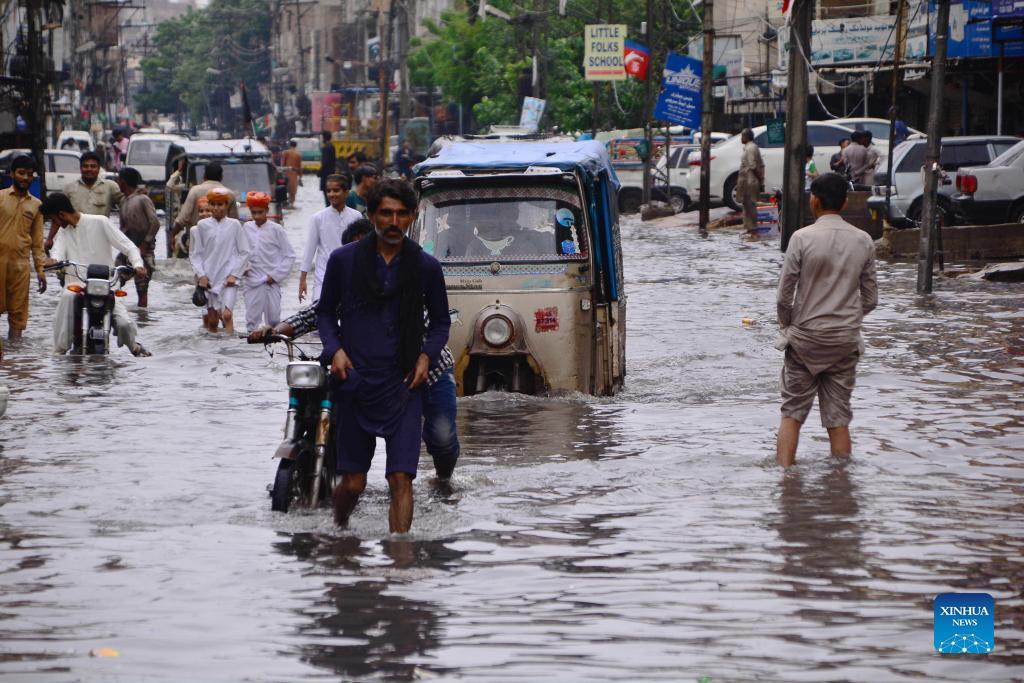 "Pakistan needs massive international support. It is not just a message of solidarity but an international obligation and responsibility. Pakistan is at the front line of the impact of climate change," the secretary-general said.

The secretary-general addressed a joint press conference along with Pakistani Prime Minister Shahbaz Sharif in the capital Islamabad, saying his voice is entirely at the service of the government and people of Pakistan, who are grappling with difficult situations amid floods.

Before the press talk, Guterres received a briefing from the officials of the National Flood Response Coordination Center about the massive havoc caused by the recent flood and ongoing relief activities across the country.

"We waged war on nature, and nature is now striking back," Guterres said. "We need to stop increased emissions and mobilize much more resources to countries like Pakistan to resist these devastating disasters caused by climate change."

According to the latest figures from the National Disaster Management Authority (NDMA) of Pakistan, over 33 million people had been affected, 1,355 died, and 12,722 were injured in this season's monsoon rains and floods since mid-June.

Additionally, over 1.7 million houses have been destroyed, and an estimated 753,187 livestock has perished, said the NDMA, adding that 81 districts of Pakistan had been affected by floods and 634,749 people are currently living in camps.