UN chief calls for promotion of women, girls in science 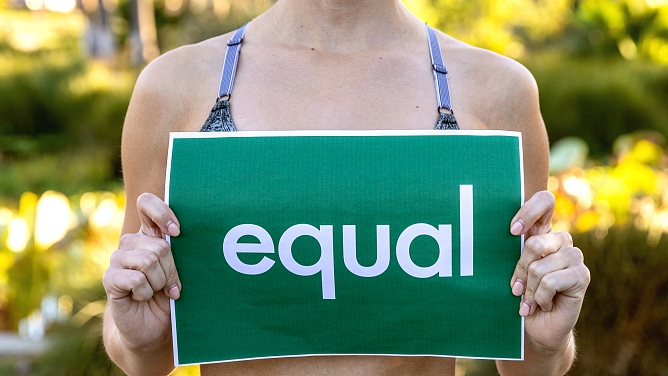 UNITED NATIONS, Feb. 10 (Xinhua) -- UN Secretary-General Antonio Guterres on Monday asked for efforts to promote women and girls in science, saying that to rise to the challenges of the 21st century "requires dismantling gender stereotypes."

In a video message for the International Day of Women and Girls in Science, which falls on Feb. 11, Guterres said that science, which is a collaborative discipline, is being held back by a gender gap.

"Girls and boys perform equally well in science and mathematics. But only a fraction of female students in higher education choose to study sciences," he said in the video message released on Monday.

He asked for efforts to support the careers of women scientists and researchers, adding that the Women's Empowerment Principles, developed by UN Women, offer guidance for companies and others.

"In this year in which we mark the 25th anniversary of the Beijing Declaration and Platform for Action, let us bring new urgency to promoting women's and girls' access to science education, training and jobs."

At present, less than 30 percent of researchers worldwide are women. Only a quarter of artificial intelligence and data professionals are women globally, according to data of the UN Educational, Scientific and Cultural Organization (UNESCO).

Between 2014 and 2016, only around 30 percent of all female students select fields related to science, technology, engineering and mathematics (STEM) in higher education. Globally, female students' enrolment is particularly low in information and communications technology (3 percent), natural science, mathematics and statistics (5 percent) and in engineering, manufacturing and construction (8 percent), according to UNESCO.

In order to achieve full and equal access to and participation in science for women and girls, the UN General Assembly in December 2015 designated Feb. 11 each year as the International Day of Women and Girls in Science.