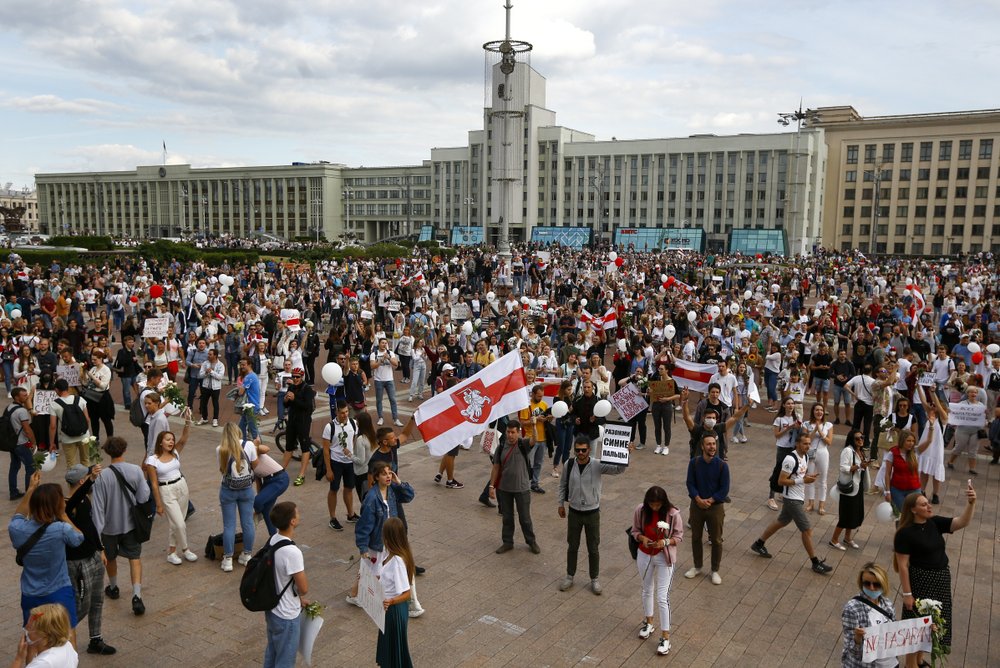 People, many holding old Belarusian national flags as they gather at Independent Square in the center of Minsk, Belarus, Friday, Aug. 14, 2020.  (Photo: AP)

The secretary-general is closely following developments in Belarus, said Stephane Dujarric, the spokesman, in a statement.

The UN chief underlines the importance of enabling all Belarusians to exercise their civil and political rights, which include expressing their views peacefully in accordance with the law, the statement said.

Guterres calls on Belarusians to address post-election grievances through dialogue to preserve peace in the country, it said.

Earlier on Friday, Dujarric said the United Nations welcomed the reported release of some of the detainees on Thursday night and urged this to continue.

"We take note of the statement of regret by the (minister) of interior of Belarus regarding the use of force and expect these incidents and claims to be investigated thoroughly," he told a daily virtual press briefing.

The United Nations remains in touch with Belarusian authorities in New York, Geneva and Minsk regarding the unfolding situation, he said.