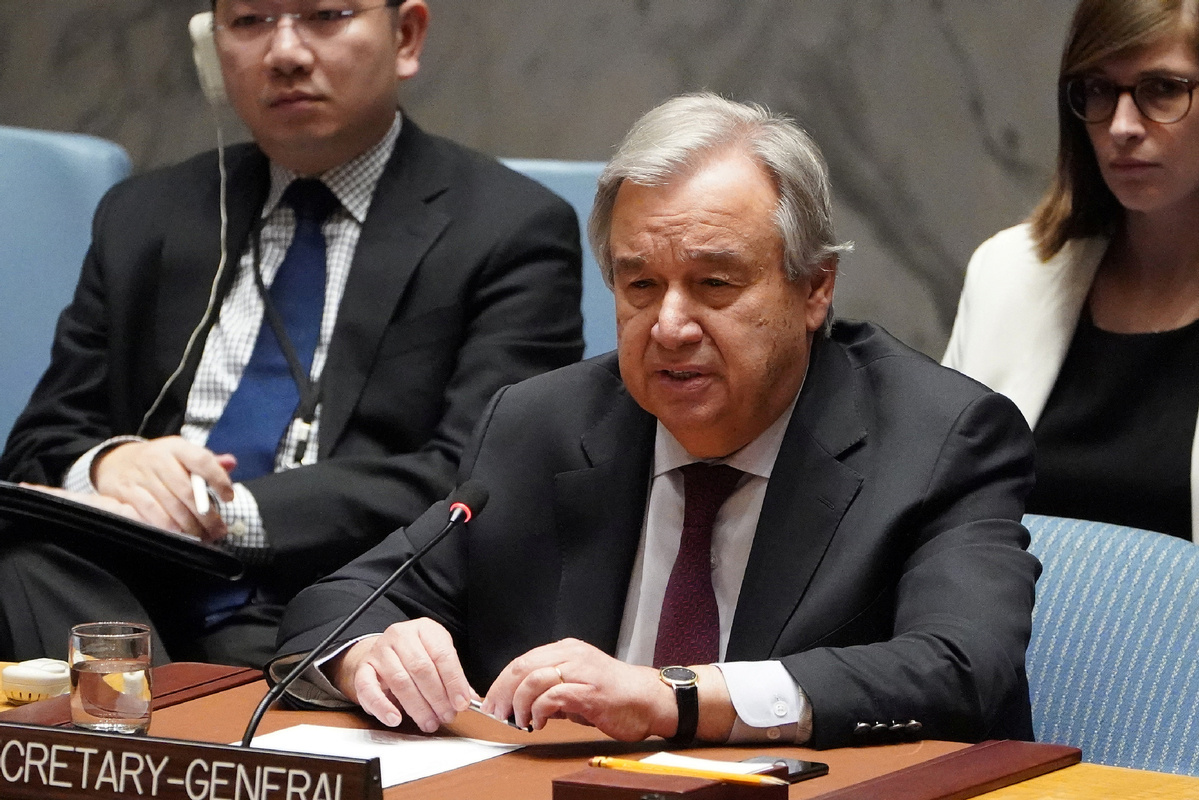 Speaking at a virtual high-level conference hosted by the UN, Germany, Denmark and the European Union on Tuesday to address the burgeoning crisis in the region, Guterres said humanitarian needs in the central Sahel region are at "a breaking point".

"We need to reverse this downward spiral with a renewed push for peace and reconciliation. We need to make space for vital humanitarian assistance and investments in development and people," he said.

The call follows a report by UN agencies that needs in the border region between Mali, Burkina Faso and Niger have reached record levels due to rising violence, insecurity and now the coronavirus pandemic, creating one of the world's fastest-growing humanitarian crises.

The central Sahel is one of the poorest regions in the world, and the humanitarian situation has deteriorated sharply over the past two years, according to the UN Humanitarian Affairs Office.

Violence between armed groups, widespread poverty and the impacts of climate change has pushed 7.4 million people in the region into acute hunger.

The UN Office for the Coordination of Humanitarian Affairs said more than 13 million people in the three countries are requiring urgent humanitarian assistance, 5 million more than estimated at the beginning of the year.

The lockdown and other measures imposed to control the spread of coronavirus have pushed an additional 6 million people into extreme poverty, the UN said.

"The Sahel is a microcosm of cascading global risks converging in one region. It is a warning sign for us all requiring urgent attention and resolution," Guterres said.

During the meeting, international donors pledged over $1.7 billion to scale-up humanitarian aid in the region.

The funding will support 10 million people with nutrition and food, health services, water and sanitation, shelter, education and protection.

Meanwhile, Save the Children has called on governments across the Sahel region, with the international community, to prioritize education, protection and safety of children in their response to the crisis in the region.

The organization warned that millions of children in the central Sahel region who are out of school due to conflict, recent flooding and coronavirus are at a higher risk of falling victim to violence.

"Children in Burkina Faso, Mali and Niger face a daily risk of kidnappings, killing, maiming and recruitment by armed groups," the charity said.

About 4,000 schools in the region have been closed due to attacks or fear of attacks, nearby fighting, or because they were occupied by armed groups. Additionally, more than 16,000 teachers are out of work.

Save the Children reminded the governments of Burkina Faso, Mali and Niger that they signed up forthe Safe Schools Declaration, committing to protect and enable children to continue their education even during armed conflicts.

"In Mali, Burkina Faso and Niger, 8 out of 10 children have experienced violence. Girls are exposed to child marriage when they don't go to school. The trend is that more and more children are victims of kidnapping, murder, recruitment and use by armed groups," Eric Hazard, pan-African advocacy director for Save the Children, said.

"In Mali alone, in 2019, more than 270 children were maimed or killed. Economic and social pressures and the need for protection pushes young people to join armed groups."

Save the Children warned that failure to address the issue now will leave the education and protection of an entire generation of children at risk, with long lasting consequences for the entire West and Central Africa region.

Over the past two years, armed groups have intensified attacks in parts of Burkina Faso, Mali and Niger. Insecurity is spreading at a rapid pace, with women and children bearing the brunt of the violence.