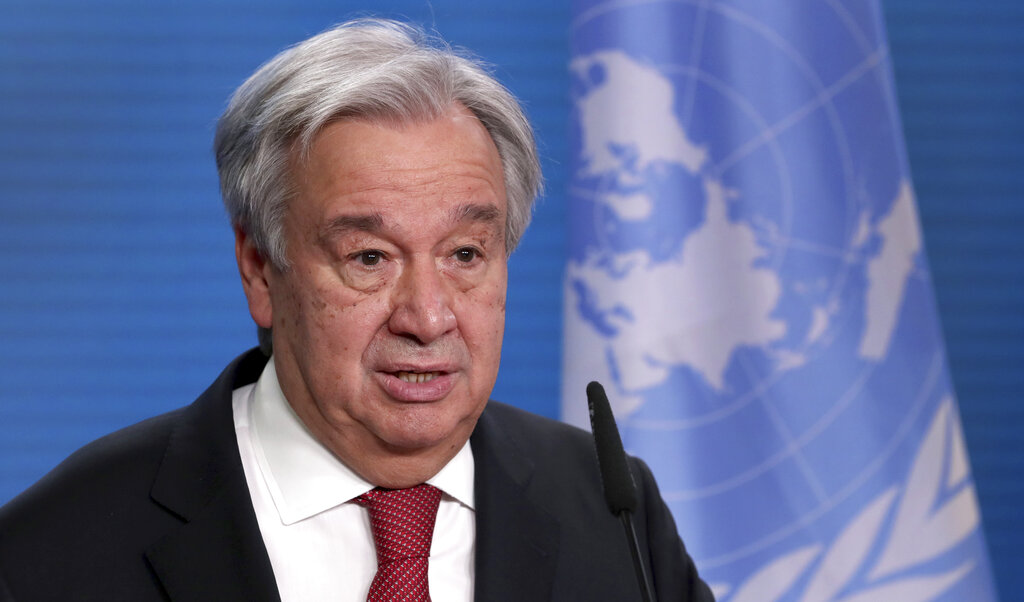 "Let us mobilize political leadership to move ahead together -- to overcome climate change, end our war on nature and build lives of dignity and prosperity for all," the UN chief told world leaders attending the Leaders Summit on Climate.

The top UN official underscored that the past decade was the hottest on record. "Dangerous greenhouse gases are at levels not seen in 3 million years. Global temperature has risen 1.2 degrees Celsius -- racing toward the threshold of catastrophe."

"We need a green planet -- but the world is on red alert," said the secretary-general. "We are at the verge of the abyss. We must make sure the next step is in the right direction."

He called on leaders to take action to conquer climate change, and reiterated his position to build a global coalition for net-zero emissions by mid-century.

He urged countries to make this "a decade of transformation," calling on them to submit new and more ambitious Nationally Determined Contributions for mitigation, adaptation and finance, to lay out actions and policies for the next 10 years aligned with a 2050 net-zero pathway.

Guterres also called for efforts to "translate those commitments into concrete, immediate action."

Moreover, he asked countries to put a price on carbon, end subsidies for fossil fuels, ramp up investments in renewable energy and green infrastructure, stop the financing of coal and the building of new coal power plants, phase out coal by 2030 in the wealthiest countries and by 2040 everywhere else, and ensure a just transition for affected people and communities.

Lastly, the secretary-general urged countries to make a breakthrough on finance and adaptation, stressing "this is critical for trust and collective action."

Developed countries must deliver on public climate finance, including the long-promised 100 billion U.S. dollars for climate action in developing countries, at the G7 Summit scheduled for June in Britain, he underscored.