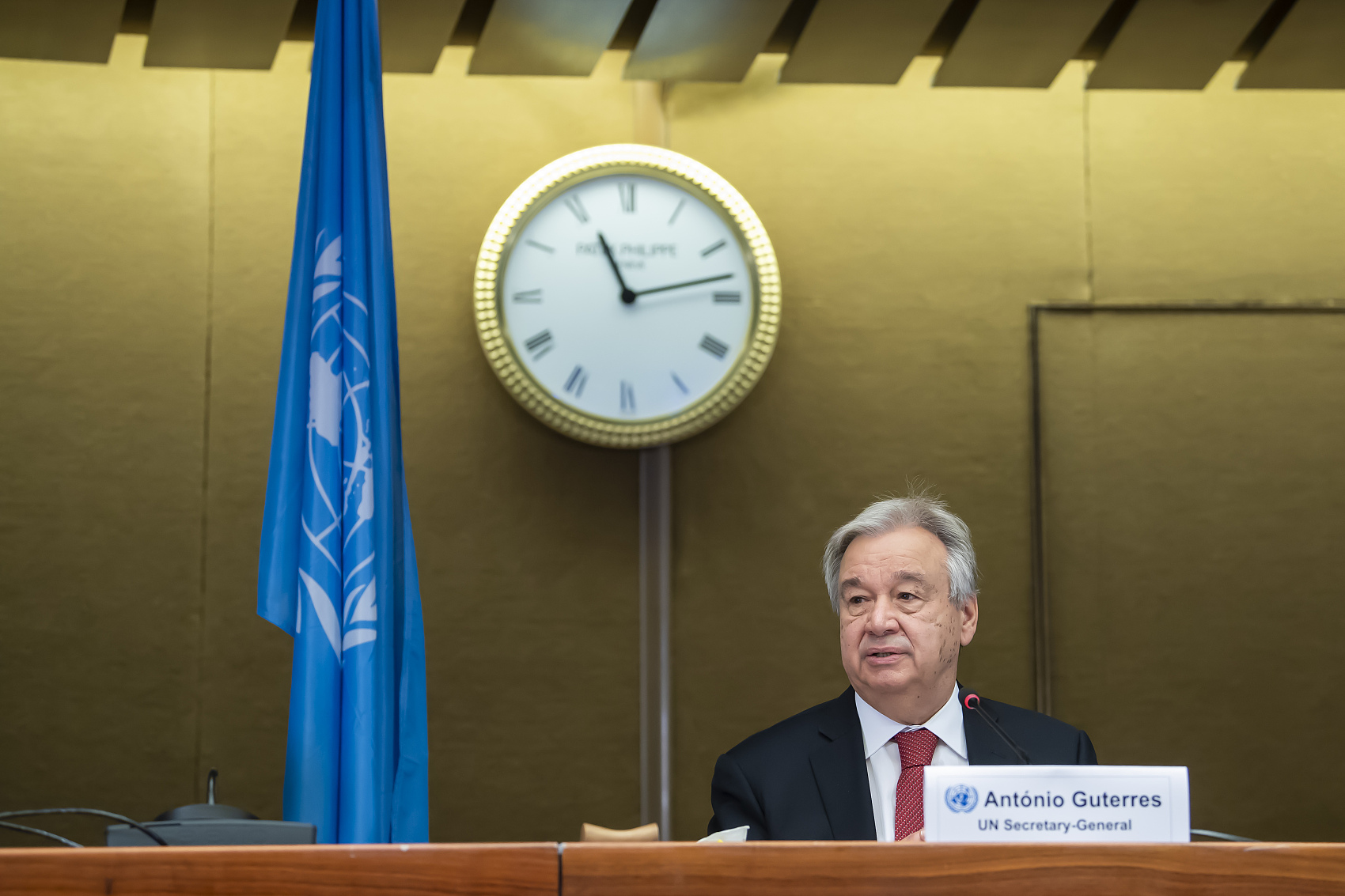 UNITED NATIONS, May 11 (Xinhua) -- UN Secretary-General Antonio Guterres on Tuesday voiced grave concern over the serious escalations in the occupied Palestinian territory and Israel, including the latest escalation in Gaza, which added to the heightened tensions and violence in occupied East Jerusalem, said his spokesman.

Guterres is deeply saddened to learn of increasingly large numbers of casualties, including children, from Israeli airstrikes in Gaza, and of Israeli fatalities from rockets launched from Gaza, said Stephane Dujarric, the spokesman, in a statement.

The secretary-general's thoughts are with the families of the victims, said the statement.

Israeli security forces must exercise maximum restraint and calibrate their use of force. The indiscriminate launching of rockets and mortars toward Israeli population centers is unacceptable. This spiraling escalation must cease immediately, it said.

The United Nations is working with all relevant parties to de-escalate the situation urgently, said the statement.