UNITED NATIONS, Feb. 6 (Xinhua) - The UN chief is concerned over the World Meteorological Organization (WMO)'s data confirming 2015, 2016, 2017 and 2018 as the four warmest years on record, a UN spokesman said Wednesday. 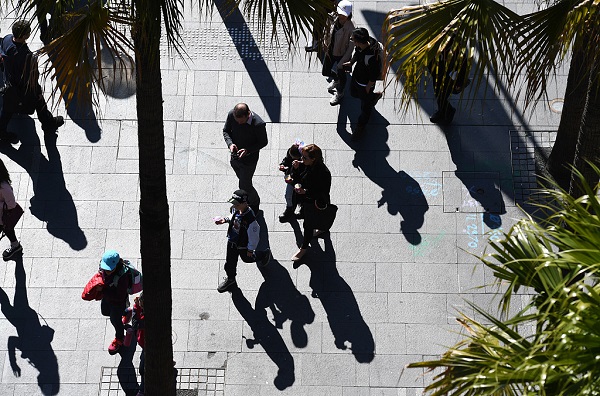 "The data released by the WMO confirms the urgency of addressing climate action - as emphasized by the recent Intergovernmental Panel on Climate Change (IPCC) special report on the impacts of global warming of 1.5 degrees Celsius above pre-industrial levels," Stephane Dujarric, spokesman for UN Secretary-General Antonio Guterres, said at the daily news briefing.

According to the analysis, the global average surface temperature in 2018 was approximately 1 degree Celsius above the pre-industrial baseline of 1850-1900, the spokesman added.

The IPCC report found that limiting global warming to 1.5 degrees Celsius will require "rapid and far-reaching transitions in land, energy, industry, buildings, transport, and cities" and that global net human-caused emissions of carbon dioxide would need to fall by about 45 percent from 2010 levels by 2030, reaching "net zero" around 2050, he added.

"The secretary-general notes that, to make these transformations, we need to significantly increase the global level of climate action and ambition," the spokesman said.

"The secretary-general's Climate Action Summit on Sept. 23 this year aims to mobilize political will to raise ambition for the achievement of the goals of the Paris Agreement and also demonstrate transformative action in all the areas where it is needed," Dujarric added.

The summit will focus on nine key areas, including mitigation ambition, energy transition and industry transition.

"The secretary-general is working closely with member states and non-party stakeholders to bring outcomes to these areas to the summit that will send a strong market and political signal that can inject momentum into the race to meet the goals of the Paris Agreement," he said.