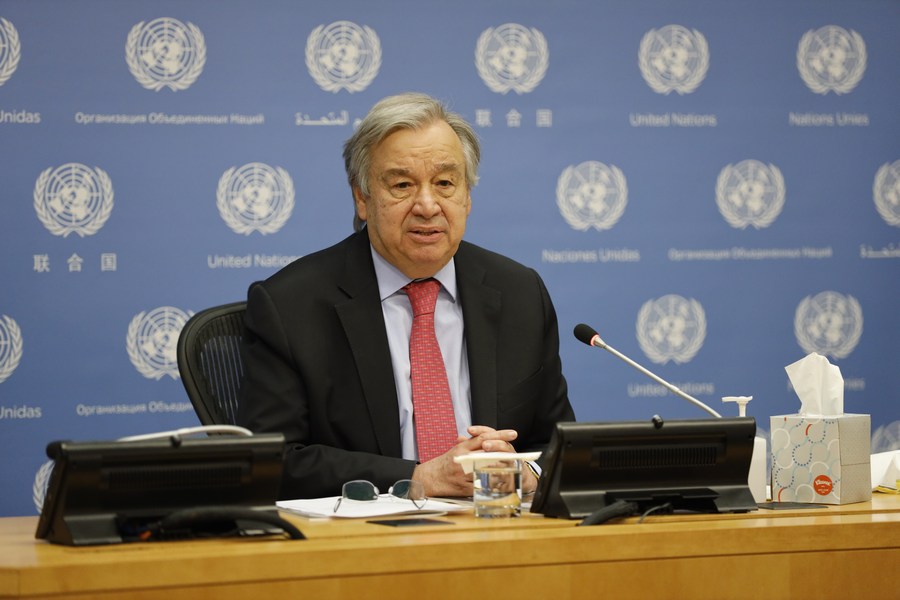 Guterres conveyed his condolences to the bereaved families and wished a speedy recovery to the injured in the attack perpetrated by unidentified gunmen on a convoy near the town of Arbinda, said Eri Kaneko, an associate spokesperson for Guterres, in a statement.

The UN chief called on the Burkinabe authorities to spare no effort in identifying and swiftly bringing the perpetrators to justice, Kaneko said.

According to a statement released by the government on Thursday, the death toll from the attack has risen to 80, among whom were 59 civilians, six pro-government militiamen and 15 military police.

The secretary-general is deeply concerned by the spiral of violence orchestrated by extremist groups in the Liptako-Gourma region, Kaneko added.

The secretary-general reiterated the solidarity of the United Nations with the government and people of Burkina Faso and the Sahelian countries in their efforts to counter and prevent terrorism and violent extremism, promote social cohesion and achieve sustainable development, said the spokesperson.