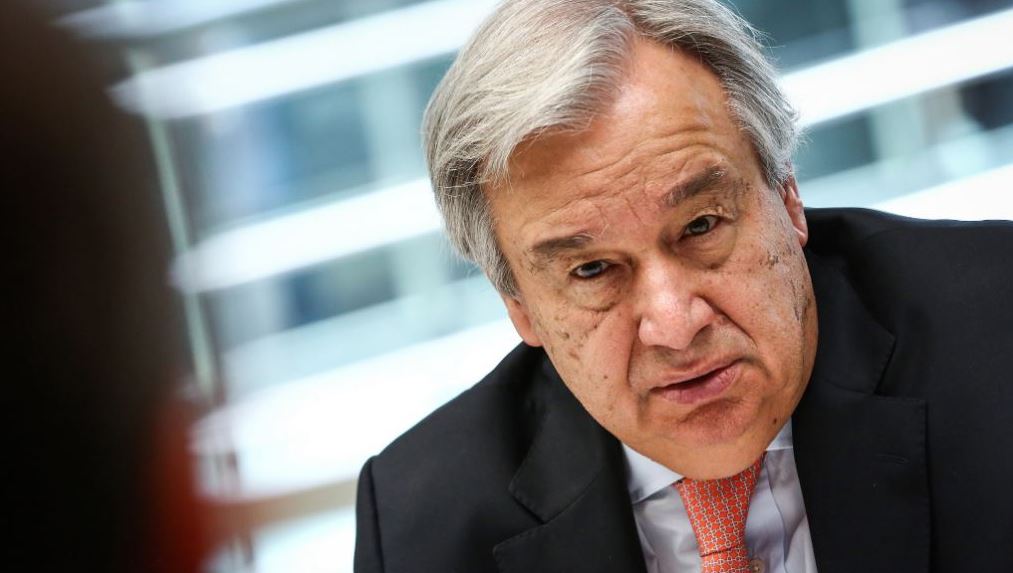 The Secretary-General of the United Nations Antonio Guterres speaks during an interview in New York, May 10, 2018. (File photo: VCG)

The attack against the peacekeepers by unidentified "armed combatants" took pace in Dékoa, Kémo Prefecture, and Bakouma, Mbomou Prefecture, hours after a rebel coalition fighting the government called off a unilateral truce and reiterated calls for the suspension of a general election scheduled to take place on Sunday.

In a statement issued by his spokesperson, Guterres reiterated that attacks against U.N. peacekeepers may constitute a war crime.

Guterres "calls on the Central African Republic authorities to investigate these heinous attacks and swiftly bring perpetrators to justice," the statement added.

The U.N. chief reaffirmed the continued commitment of the Organization, working closely with national, regional and international partners, to support efforts to advance peace and stability in C.A.R.

Sunday's vote is seen as a key test for the country's ability to regain stability after decades of armed conflict and political turmoil.

The presidential election has attracted 17 candidates, including the incumbent Faustin-Archange Touadera.