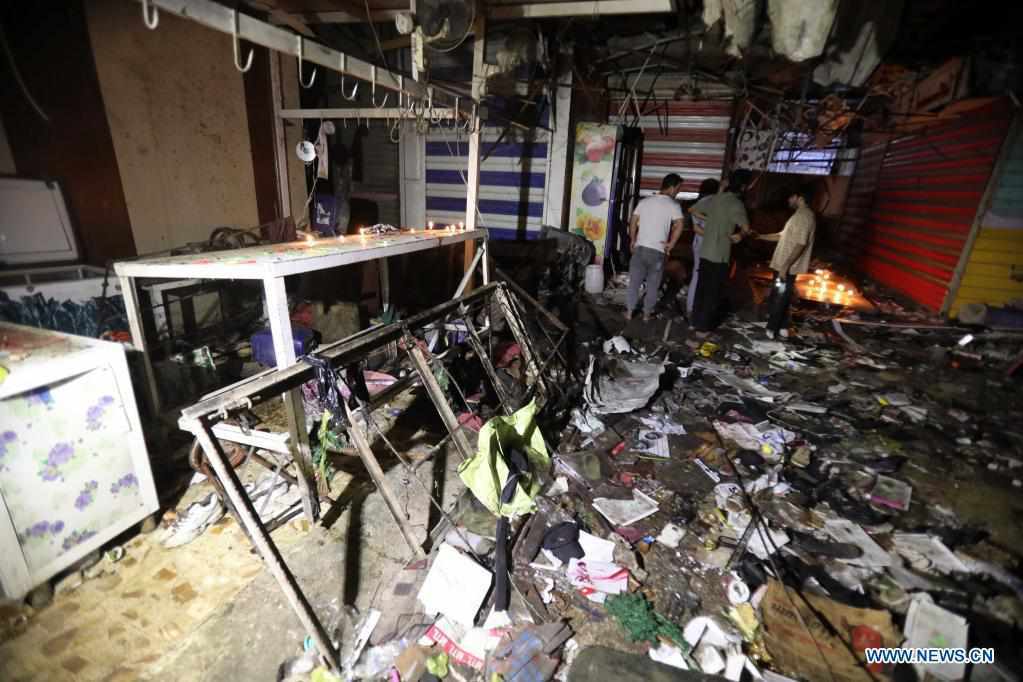 People check their shops and stalls after a bomb explosion at a crowded popular market in Sadr City, a suburb district of the capital Baghdad, Iraq, on July 19, 2021. (Photo: Xinhua)

Guterres extended his heartfelt condolences to the families of the victims and to the government and people of Iraq. He wished those injured a speedy recovery, said Farhan Haq, the deputy spokesman, in a late-night statement.

"This deadly attack ahead of the Eid al-Adha holiday is a reminder to us all that the scourge of terrorism knows no bounds," said the statement.

The secretary-general underlined the need for the perpetrators of this crime to be swiftly brought to justice, said the statement.

At least 28 people were reportedly killed and 66 others wounded in Monday's bomb explosion at a crowded popular market in Sadr City, a suburb district of the capital Baghdad.