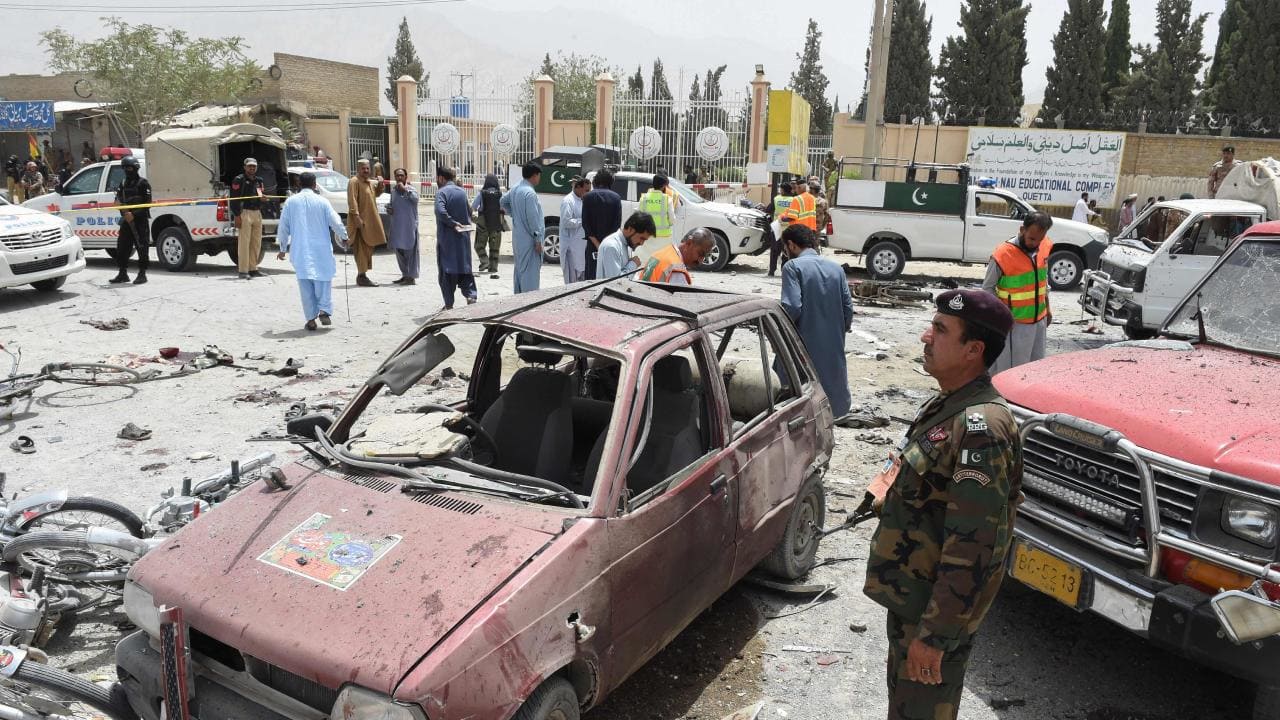 A sucide bomber killed over a dozen people and wounded many more in Quetta, Pakistan on July 25, 2018. (Photo: AP)

New York (People’s Daily) - United Nations Secretary-General Antonio Guterres condemned a suicide bombing at a polling station in Pakistan on Wednesday that killed over a dozen people and wounded many more.

The suicide bombing claimed at least 31 lives and injured another 70 in the western city of Quetta at a crowded polling station where many had come to cast their ballots in the national parliamentary elections.

Wednesday’s national election marked only the second time in history that a civilian government has handed power over to another party after serving one full term in office.

"The Secretary-General condemns the suicide attack at a polling station in Quetta claimed by Da’esh,” said UN Spokesperson Stephane Dujarric reading from a statement.

“He (Guterres) extends his heartfelt condolences to the families of the victims and to the government and people of Pakistan. Despite the violence, media reported that millions of  Pakistanis turned out to cast their votes at one of the 85,000 voting booths available across the country until 7 pm, when voting ended.

Dujarric stressed that “the United Nations stands in solidarity with, and supports the efforts of the Government of Pakistan, in the fight against terrorism.”

The bombing in Quetta comes after a series of terrorist attacks earlier in the month, including one in Mastung, which claimed 53 lives.