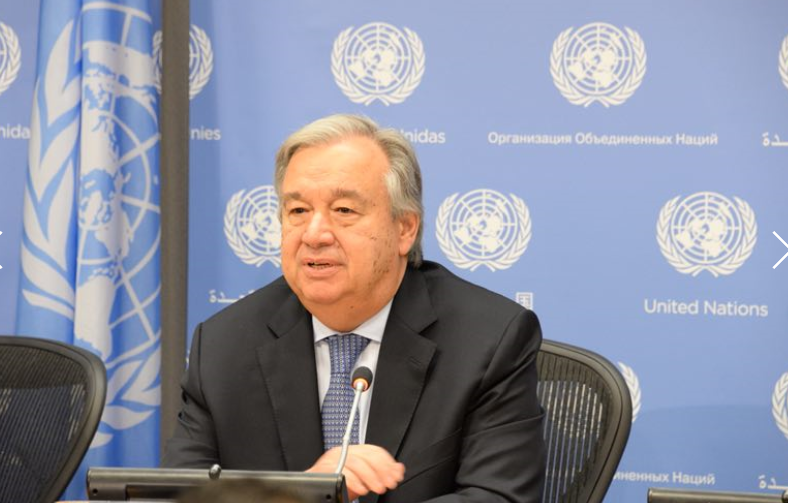 UN Secretary-Genera Antonio Guterres said he was "deeply concerned" over the summit cancelleation between the US and North Korea on May 24, 2018. (Photo: File)

New York (People’s Daily) - United Nations Secretary-General António Guterres said on Thursday that he was “deeply concerned” by the cancellation of the planned meeting between the leaders of the US and North Korea.

Speaking in Geneva on Thursday, where Guterres unveiled his new “Agenda for Disarmament,” Guterres called on the two parties “to continue their dialogue to find a path to the peaceful and verifiable denuclearization of the Korean Peninsula.”

The decision to cancel the summit, which was due to take place in Singapore on June 12, came in the form of a letter from the White House, although both sides had cast doubt in recent days that talks would go ahead next month, according to news reports.

US President Donald Trump was due to sit down to discuss denuclearizing the Peninsula withNorth Korea’s leader, Kim Jong Un, for what would have been the first ever face-to-face meeting between the leaders of the two countries.

The US announcement came just a few hours after North Korea said it had dismantled and closed its nuclear test site at Punggye-ri.

According to media reports, three tunnels at the site were reportedly collapsed in explosions conducted Thursday morning and afternoon, local time.

The closure has not been verified by international experts.

A spokesperson for the UN Secretary-General said it was “regrettable that international experts were not invited” to the site closing.

The statement added that Guterres hopes the site’s closure will contribute to efforts towards sustainable peace in the region.

The Korean Peninsula remains one of the world’s longest unresolved conflicts, which began in June 1950. An armistice brought about a ceasefire in 1953, but the war never officially ended.

The leaders of the twoKoreasheld a historic meeting on the line dividing their two countries at the end of last month.