United Nations head Antonio Guterres demanded "the immediate and unconditional release" of Mali's president and members of his government Tuesday after they were seized by rebel soldiers. 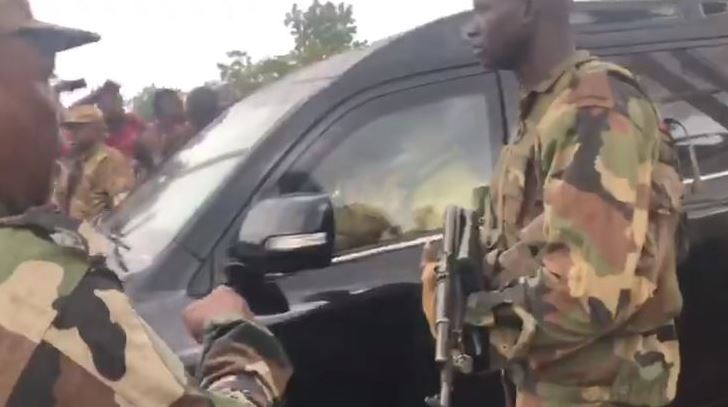 A screenshot from an amateur video uploaded on Twitter shows military troops guarding a vehicle purported to have high government officials in Bamako following a military mutiny in Mali. (Photo: CGTN)

"The secretary-general strongly condemns these actions and calls for the immediate restoration of constitutional order and rule of law in Mali," a spokesman for Guterres said in a statement.

"To this end, he demands the immediate and unconditional release of President Ibrahim Boubacar Keita and members of his cabinet," added the spokesman, Stephane Dujarric.

The sudden mutiny marked a dramatic escalation of a months-long crisis in the fragile West African country.

Guterres is following the unfolding developments in the capital Bamako "with deep concern," Dujarric added.

"The secretary-general reiterates his calls for a negotiated solution and peaceful resolution of their differences.

"The secretary-general urges all stakeholders, particularly the defence and security forces, to exercise maximum restraint and uphold the human rights and individual freedoms of all Malians," the spokesman said.

The United Nations Security Council is due to hold emergency talks on the crisis on Wednesday afternoon, diplomats in New York said.

The meeting was requested by France and Niger and will take place behind closed doors, a UN diplomat told AFP on condition of anonymity.