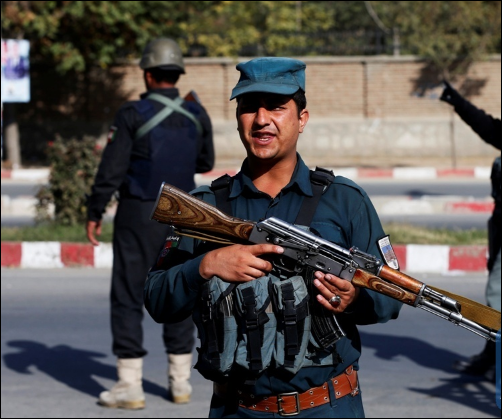 "The Secretary-General encourages all eligible Afghan voters to exercise their right to vote and thus to contribute to the development of sustainable democratic institutions and creating conditions conducive for a more stable and peaceful Afghanistan," Stephane Dujarric said in a statement.

The UN chief called on all political leaders to work together to ensure full respect for the electoral process, in which every voter, in particular women and minority groups, will be able to cast their ballots, the statement said.

In light of the existing security challenges, Guterres encourages relevant authorities and all political stakeholders to take necessary measures to do their utmost to prevent any forms of electoral violence, the statement added.

In the polls set for Saturday, more than 2,500 candidates are contesting the 249 seats of Wolesi Jirga, the lower house of the Afghan parliament.

In the past few weeks, a series of attacks caused numerous casualties across the country, some of which targeted the electoral process.

On Wednesday, a bomb ripped through the campaign office of a leading candidate in Lashkar Gah, the capital of Helmand province, killing the candidate and injuring eight others. Hours after the blast, the Taliban group claimed responsibility.

The Taliban group has vowed to sabotage the elections and has demanded the Afghan people stay away from polling stations on the voting day.

The Afghan Interior Ministry has said more than 50,000 troops are deployed to ensure security for the elections.