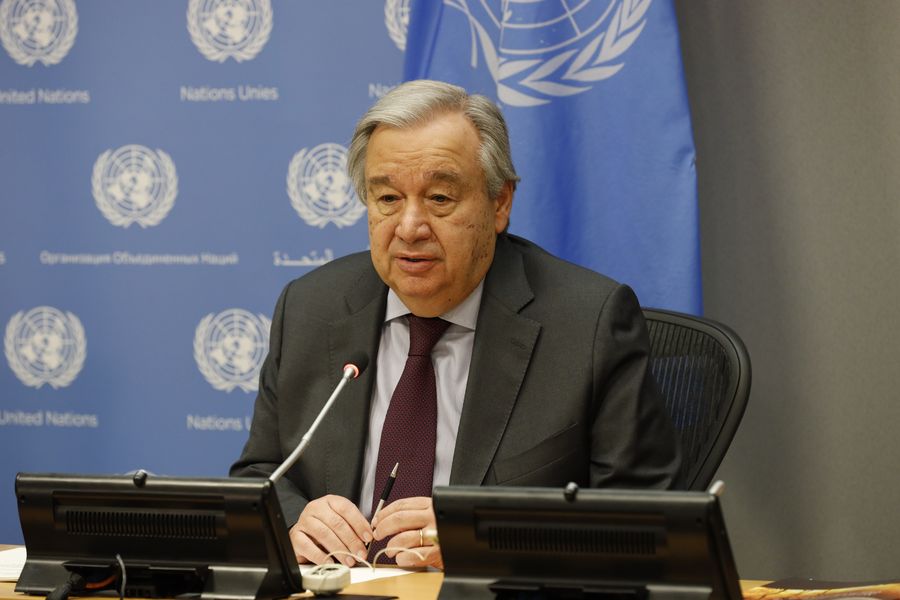 He was also worried about the possible evictions of Palestinian families from their homes in the Sheikh Jarrah and Silwan neighborhoods, said Stephane Dujarric, spokesperson for the UN chief, in a statement.

"Israeli authorities must exercise maximum restraint and respect the right to freedom of peaceful assembly. All leaders have a responsibility to act against extremists and to speak out against all acts of violence and incitement. The secretary-general urges that the status quo at the holy sites be upheld and respected," it said.

The secretary-general reiterated his commitment to supporting Palestinians and Israelis to solve the clashes on the basis of relevant resolutions, law and agreements.

Diplomatic sources said that the UN Security Council will hold a meeting on Monday to discuss the situation concerning clashes between Palestinians and the Israeli police in East Jerusalem.