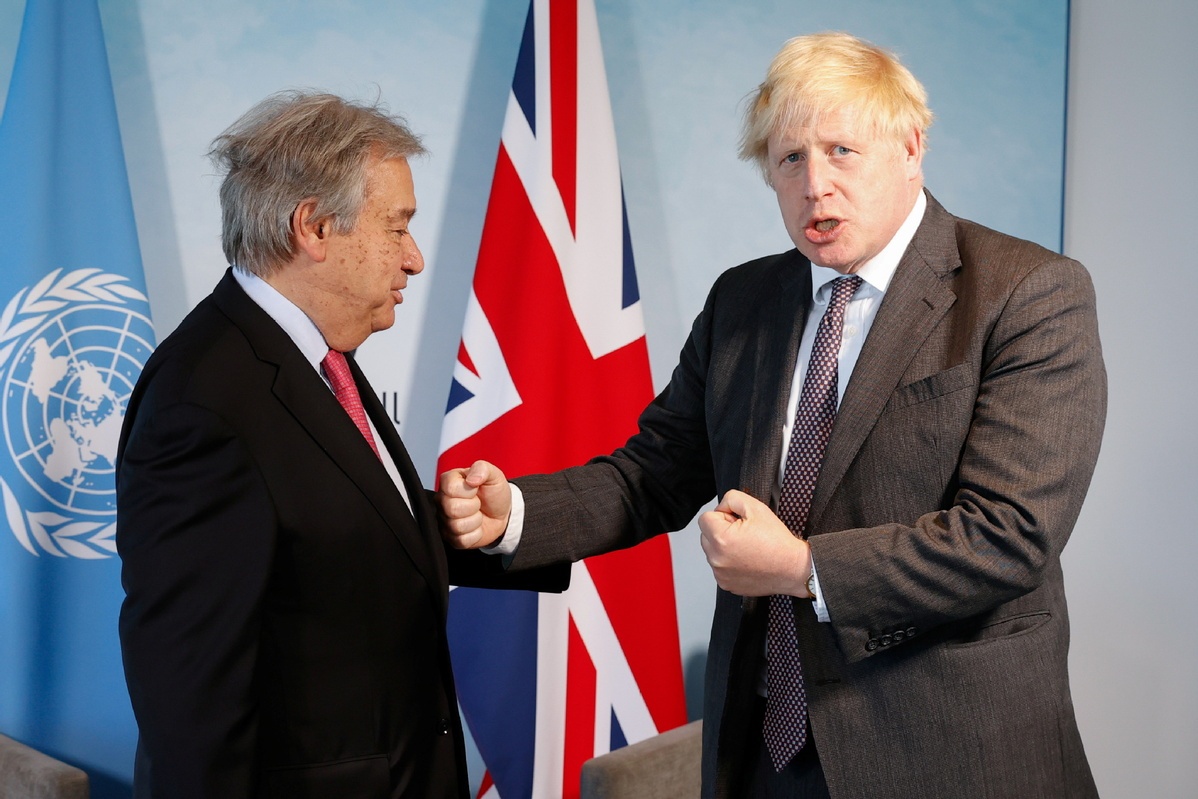 The head of the United Nations has reiterated his call for G7 nations to fulfill their pledge to provide $100 billion in climate finance each year to developing countries, which he said is fundamental to building trust and meeting the climate action goals of the Paris Agreement.

Speaking at a virtual press conference at the G7 Summit on Friday, UN Secretary-General Antonio Guterres said the world is "on the verge of abyss" as temperatures continues to rise. He urged the G7 nations to meet "the three fundamental priorities", which included fulfilling an overdue climate financial commitment to help developing countries cut emissions.

"Finance is the key instrument to support developing countries for them to be ambitious also in their targets of mitigation and for them to be able to address the huge challenges that populations are already facing due to the impacts of climate change," he said.

But Guterres said they have yet to deliver on their promises.

"And so one of the things that I believe is very important from the point of view of the G7 and the G7 countries is to clarify how this USD$100 billion will materialize," Guterres said.

"In 2020, it did not happen. It must happen in 2021 and onwards, and this is a very important element to make sure that we have a successful COP 26, and we need to mobilize the entire world without excuses and without pretexts for a true net-zero coalition before the middle of the century," he added.

In a statement, Zhang Jun, China's permanent representative to the UN, voiced his support for Guterres' call and stressed that the G7 members' failure to fulfill their $100 billion pledge "severely hampered the achievement of the climate action goals".

"This is a serious issue that this year's 26th session of the Conference of the Parties (COP26) of the UN Framework Convention on Climate Change (UNFCCC) must face and solve, otherwise, everything will only become empty talk," the ambassador said.

"This move disappointed the international community and has a serious negative impact on global climate cooperation. All parties unanimously call on developed countries to show sincerity and action to effectively help developing countries improve their ability to deal with climate change and avoid making the Paris Agreement 'empty words on a sheet of paper'", the envoy added.

Ethan Elkind, director of the climate program at UC Berkeley's Center for Law, Energy and the Environment, said industrialized nations have a moral obligation to help less-developed countries deal with climate change, because these nations have emitted and continue to be the source of the largest share of greenhouse gas pollution.

"Second, less-developed countries can often more cheaply reduce emissions by starting from scratch with transportation and energy infrastructure that is built around clean technologies, but they need help financing the upfront investment costs of these technologies," Elkind told China Daily.

If such investments are done right, they can both reduce emissions and help less-developed nations become more resilient to the worsening effects of climate change, such as developing a more decentralized, renewable-power grid that is less prone to damage from flooding, hurricanes, wildfires and sea level rises, among other extreme weather events, he added.

On Sunday, G7 leaders agreed to raise their contributions to meet the decade-long $100 billion pledge, but some climate groups have said the group's most recent proposal lacked details and firm cash promises.

The seven nations that make up the G7 — the US, UK, Canada, France, Germany, Italy and Japan — reaffirmed their commitment to "jointly mobilize $100 billion per year from public and private sources, through to 2025", in a joint communique issued after the summit.

"Towards this end, we commit to each increase and improve our overall international public climate finance contributions for this period and call on other developed countries to join and enhance their contributions to this effort," the nations said.

Catherine Pettengell, director at Climate Action Network, told Reuters that the G7 has not risen to the challenge of agreeing on concrete commitments on climate finance.

"We had hoped that the leaders of the world's richest nations would come away from this week having put their money (where) their mouth is," she said.

Progress toward meeting the pledge has been slow and inadequate since it was made more than a decade ago, some experts said.

The recent climate finance plans from rich countries fall short of the $100 billion they committed to in 2009 and are "weak and unpredictable", according to an analysis released on June 1 by CARE's Climate Change and Resilience Platform, an international humanitarian agency.

The "Hollow Commitments" report found that none of the rich countries provided information on what they considered to be a fair share of the $100 billion target, nor how and when they would deliver it, the agency said.

At the 2021 Petersberg Climate Dialogue in Berlin in May, the secretary-general reiterated his call for developing countries to follow through on their promises.

"This is a matter of urgency and trust. Developed countries must honor their long-standing promise to provide USD$100 billion annually for climate action in developing countries," Guterres said.