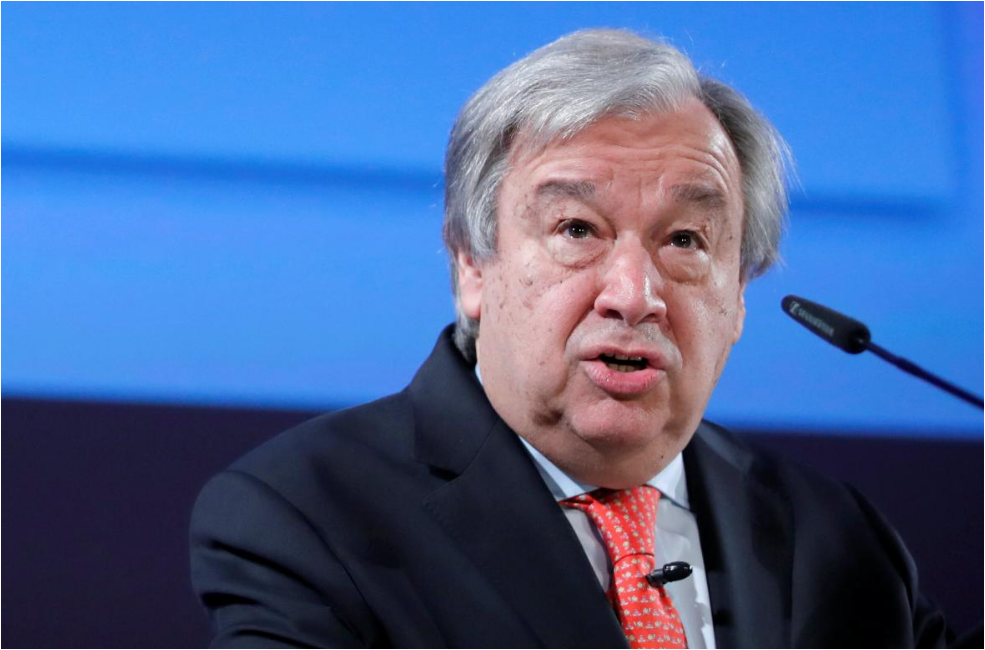 United Nations Secretary-General Antonio Guterres delivers a speech on disarmament and denuclearisation at the University of Geneva (UNIGE) in Geneva, Switzerland, May 24, 2018. (Photo: Reuters)

Guterres, in remarks delivered at the University of Geneva, said: “I am deeply concerned by the cancellation of the planned meeting in Singapore between the President of the United States and the leader of the Democratic People’s Republic of Korea.”

He urged the parties to continue their dialogue so as to “find a path to the peaceful and verifiable denuclearization of the Korean peninsula”.