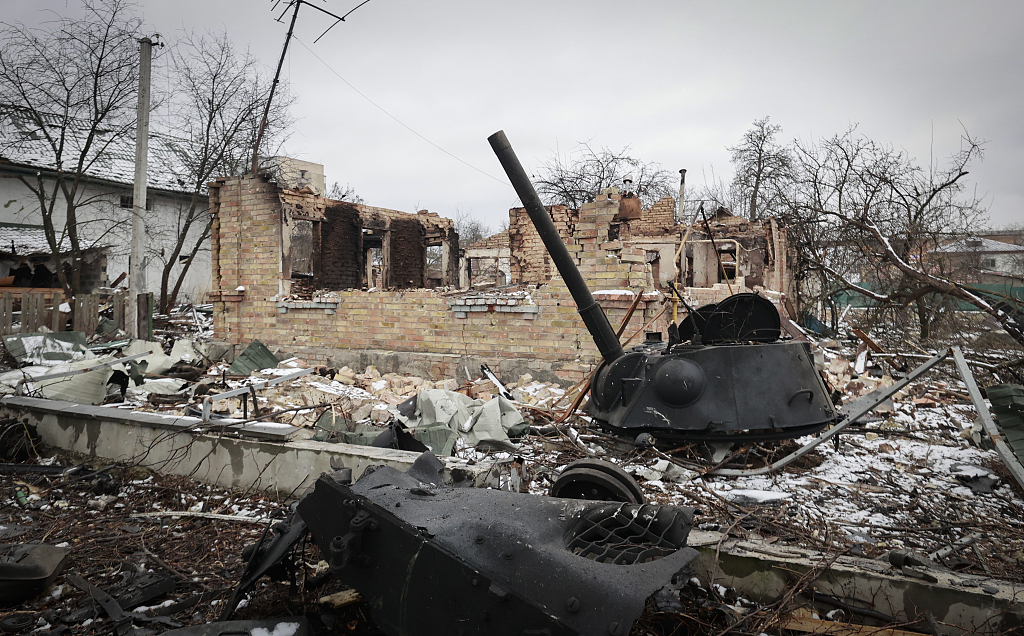 UN Secretary-General Antonio Guterres on Sunday called for an independent investigation into the killing of civilians in the town of Bucha, close to the Ukrainian capital Kyiv, according to a statement on the UN's official website.

"I am deeply shocked by the images of civilians killed in Bucha, Ukraine. It is essential that an independent investigation leads to effective accountability," Guterres tweeted on early Monday morning.

Ukraine's foreign minister on Sunday accused Russian forces of carrying out a "massacre" in Bucha. Russia, however, denied the Ukrainian allegations, saying footage and photographs showing dead bodies in Bucha were "yet another provocation" by Kyiv, according to Reuters.

"All the photos and videos published by the Kyiv regime allegedly testifying to some 'crimes' committed by Russian servicemen in Bucha, Kyiv region, are just another provocation," Russia's foreign ministry said in a statement.

"We would like to emphasize that all Russian units withdrew completely from Bucha as early as March 30, the day after the Russia-Ukraine face-to-face round of talks in Turkey," Russia's foreign ministry noted.

The images from the town emerged after Ukraine said on Saturday its forces had reclaimed control of the whole Kyiv region and liberated towns from Russian troops, according to Reuters.

"Bucha massacre was deliberate. Russians aim to eliminate as many Ukrainians as they can," Ukrainian Foreign Minister Dmytro Kuleba tweeted on Sunday, adding that Russia must pay a much heavier price for its "atrocities and sadism."

Russia has requested that the UN Security Council convene on Monday to discuss what it called a "provocation by Ukrainian radicals" in Bucha after Kyiv's accusations.

The foreign ministers of Germany, France and Britain and the European Union's foreign policy chief were among those expressing outrage over the reports from Bucha on Sunday.