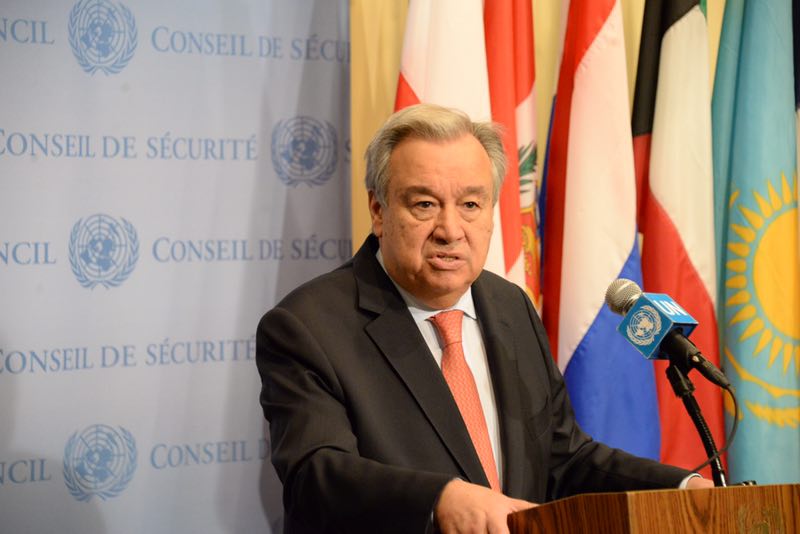 New York (People's Daily) - The summit that is soon to begin in Singapore between leaders from the US and North Korea is “a promising development for global peace and security,” said United Nations Secretary-General António Guterres on Monday.

“The two leaders are seeking to break out of the dangerous cycle that created so much concern last year,” Guterres told journalists at UN Headquarters in New York, referring to escalating tensions on the Korean Peninsula.

“Peace and verifiable denuclearization must remain the clear and shared goal. As I wrote to both leaders last month, the road ahead will require cooperation, compromise, and a common cause,” Guterres elaborated.

Guterres added that UN agencies stand at the ready to support this process.

Among them are the International Atomic Energy Agency (IAEA), which works for the safe, secure and peaceful use of nuclear science and technology.

The UN head reminded reporters that the agency’s role is to safeguard all nuclear material for peaceful use along with material that is removed from a country’s military program. The Comprehensive Nuclear-Test Ban Treaty Organization (CTBTO) could also play a role in monitoring North Korea’s moratorium on nuclear tests.

“I believe the two leaders need to be credited for the courage with which they decided to move forward with the summit and to engage in a constructive negotiation to reach an objective that is vital for us all: the peaceful and verifiable denuclearization of North Korea,” Guterres concluded.