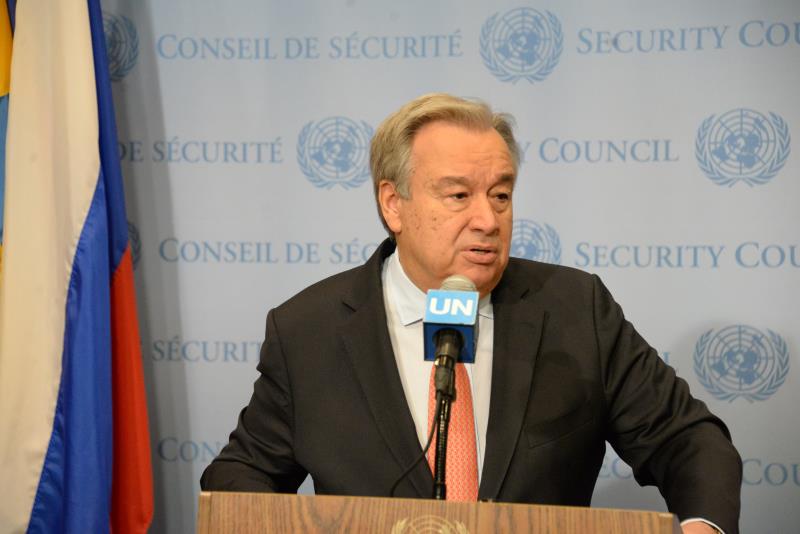 New York (People’s Daily) - Tuesday’s historic summit meeting between US and North Korean leaders has been hailed as “an important milestone” by UN Secretary-General Antonio Guterres.

US President Donald Trump and North Korean leader Kim Jong Un wrapped up the historic Singapore summit by signing a statement that included a pledge from Pyongyang to finish the denuclearization process on the Peninsula and end their nuclear weapons program.

In a statement read by a UN spokesman, Guterres urged both parties “to seize this momentous opportunity.”

The summit was “an important milestone in the advancement of sustainable peace and the complete and verifiable denuclearization on the Korean Peninsula,” the statement also said.

Media reported that both parties had issued a joint statement vowing to "work hard to establish new relations between North Korea and the United States," and "build a lasting and stable peace mechanism on the Korean Peninsula."

North Korea also reiterated its commitment to the "complete denuclearization of the Korean Peninsula."

Meanwhile, both countries are expected to hold further talks to implement the resolutions reached during the summit.