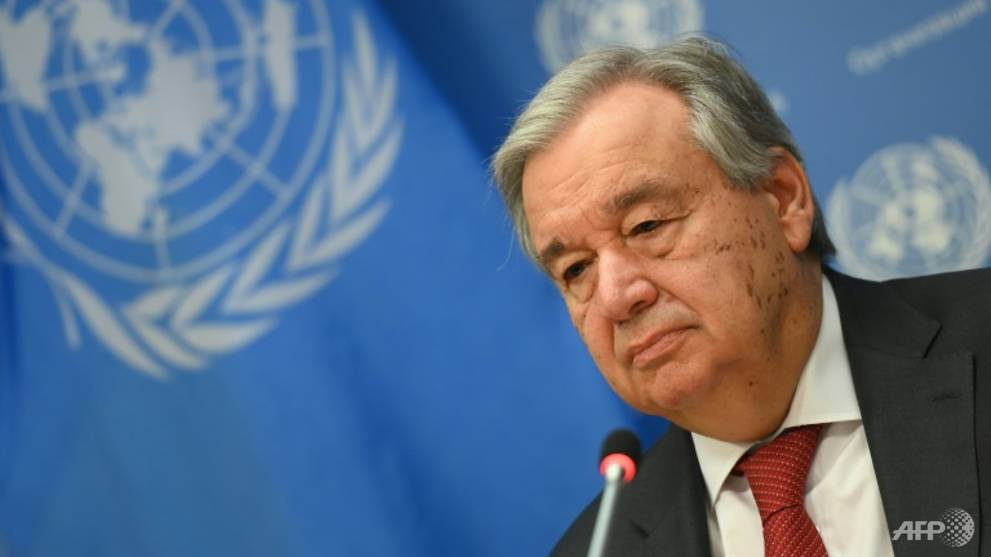 UNITED NATIONS, April 18 (Xinhua) -- United Nations Secretary-General Antonio Guterres pledged on Saturday night that all human beings should unite as one to combat the common enemy of coronavirus and rebuild a fairer world.

"Together, we will defeat this virus and rebuild a fairer world -- as united global citizens and united nations," the UN chief said in his video message for "One World: Together At Home" concert organized by international advocacy organization Global Citizen.

"We face a crisis unlike any other. To overcome it, we must unite," he noted.

"Tonight, through the universal language of music, we salute the bravery and sacrifice of health heroes and others," said the secretary-general.

"As we do so, let's remember the most vulnerable," he said. "Please join our call for a global ceasefire to focus on our common enemy -- the virus."

"Thank you for your support for the lifesaving work of the World Health Organization (WHO) and the other humanitarian agencies," said Guterres.

Speaking at a virtual press conference in Geneva on March 6, WHO Director-General Dr. Tedros Adhanom Ghebreyesus said that his organization has been working with Global Citizen for several weeks on the "One World: Together At Home" concert series. "Now we're working with Lady Gaga to take this concept and make it even bigger," he said.