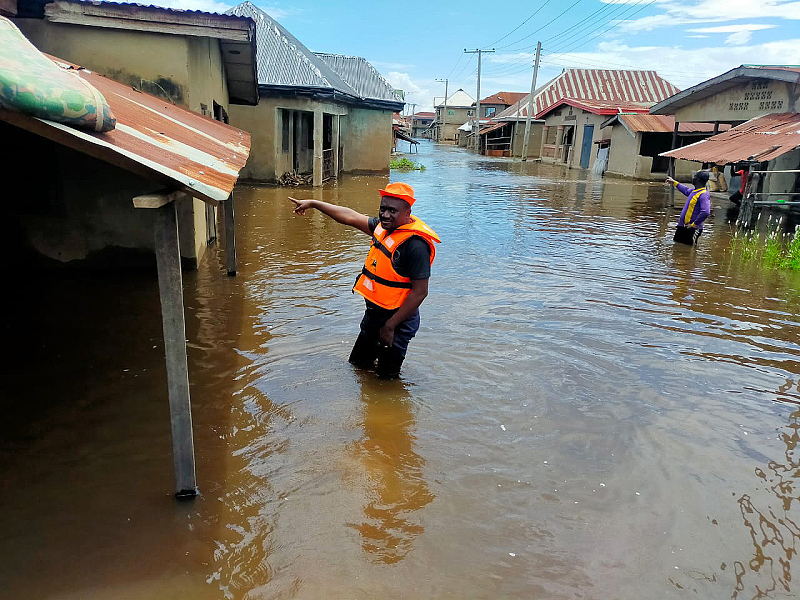 UNITED NATIONS - More than 2.8 million people have been impacted by Nigeria's worst floods in a decade, with 1.3 million displaced and hundreds of lives lost, said UN Secretary-General Antonio Guterres on Friday, expressing his sadness at the devastation.

The secretary-general extended his deepest condolences to the government of Nigeria and to the affected families, reiterating the United Nation's continuing commitment to supporting the Nigerian government "in this challenging time."

According to Guterres, infrastructure and farmland have been damaged as well, impacting the cost of living across the country.

In the meantime, the UN Children's Fund, UNICEF, said that 60 percent of those in need of assistance are children, who are at increased risk of waterborne diseases, drowning and malnutrition.

The floods have affected 34 out of the 36 states in the country, and over 600 people have lost their lives, with 200,000 houses either partially or fully damaged.

"Children and adolescents in flood-affected areas are in an extremely vulnerable situation," said Cristian Munduate, UNICEF representative in Nigeria.

"They are particularly at risk of waterborne diseases and emotional and psychological distress. UNICEF is working closely with the government and other partners to provide life-saving assistance to those who are most in need," she said.