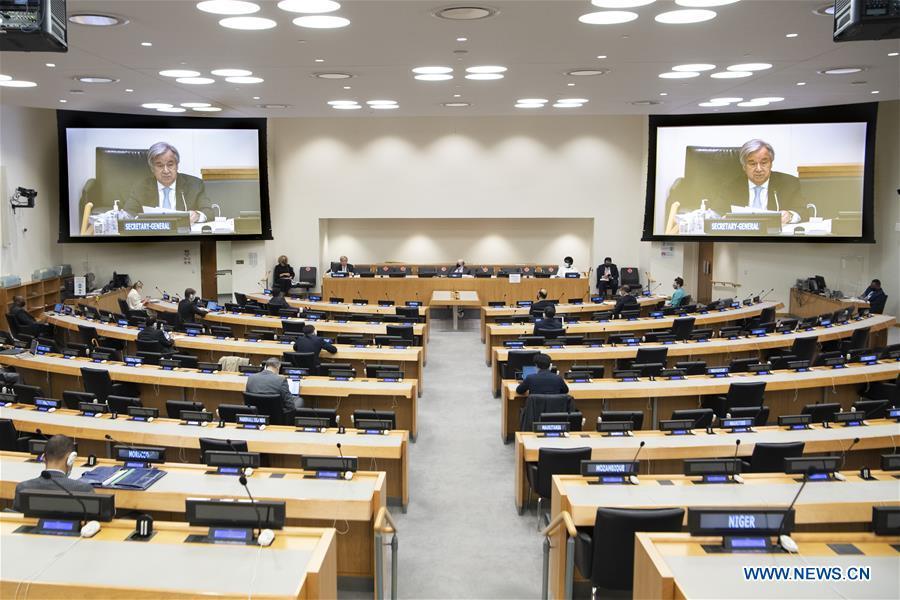 UNITED NATIONS - United Nations Secretary-General Antonio Guterres said on Monday that 2.99 billion US dollars is needed in 2021 to fully implement the mandates entrusted to the organization.

"To fully implement the mandates entrusted to us, we will require a total of 2.99 billion US dollars, which represents a net reduction of 2.8 percent compared to 2020, despite additional initiatives and mandated activities," the UN chief told the UN General Assembly's (UNGA) Fifth Committee.

"This includes a net decrease of 25 posts," said the secretary-general.

"We are open for business and we are running this organization from thousands of dining tables and home offices," said the secretary-general.

"Last year, I proposed an increase of funding by 3.3 million dollars, or about 10 percent, for technical cooperation projects. The draft proposal before you is maintaining the Regular Programme for Technical Cooperation at this higher level to maximize our support for the achievement of the Sustainable Development Goals. The projects will meet the increased demands of member states in a responsive and agile fashion, and will complement the reformed Resident Coordinator system," he added.

"And management reform has brought substantial changes, including in structures, accountability, delegation of authority and internal operations. These have been critical to sustain business continuity during the pandemic. With better aligned responsibilities and accountabilities, we were able to quickly adjust internal policies and procedures to accommodate the new realities on the ground; at the same time, we have dedicated capacities that could focus on key areas of concern, such as health and supply chain management," said the UN chief.

The UN chief also warned that the liquidity crisis "has not abated and severely hampers the United Nations' ability to fulfil its obligations to the people we serve."