UNITED NATIONS - United Nations Secretary-General Antonio Guterres is "very much alarmed" by reports of clashes between Turkish and Syrian troops in northwest Syria seen as a "threat to regional and international peace and security," his spokesman Stephane Dujarric said on Monday. 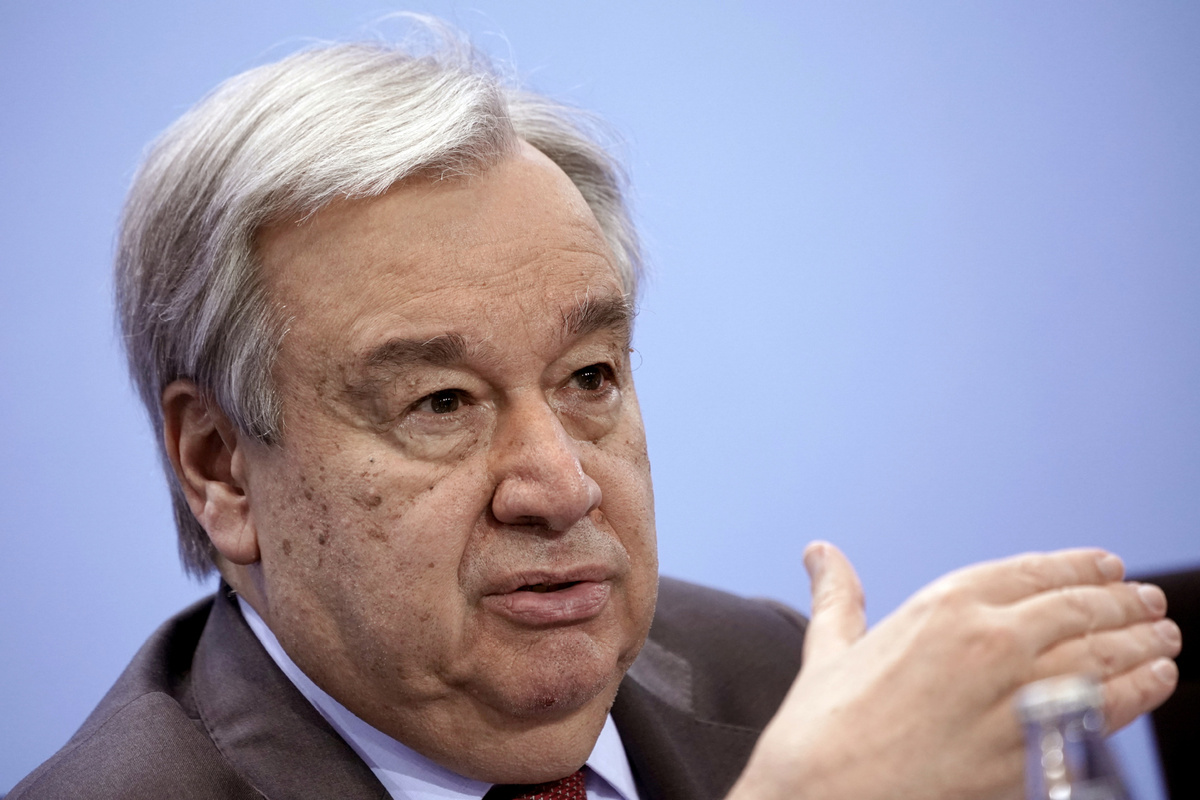 Guterres called for an immediate end to hostilities, said the spokesman.

Dujarric was asked at a regular briefing about a direct confrontation in northwest Syria between the forces in which eight Turkish soldiers were reportedly killed and an unspecified number of Syrian troops wounded.

"We're very much alarmed by the reports that we saw of clashes between Syrian government troops and Turkish forces in northwest Syria," Dujarric said. "This escalation underscores once again the threat to regional and international peace and security caused by the ongoing conflict in Syria."

"We also remain deeply concerned by the continuing reports of civilian casualties and the large-scale displacement of civilians, resulting from the current Syrian government offensive inside the Idlib de-escalation zone," the spokesman added. "The secretary-general affirms yet again that no attacks on civilians or civilian infrastructure should take place."

As to what the world organization is doing over clashes between the two neighbors, he said diplomatic contacts are being held at various levels to pass on the message publicly and privately for the need to de-escalate.

Dujarric said the UN is alarmed about the safety of more than 3 million civilians in Idlib and the surrounding areas, over half of whom are internally displaced, following reports of airstrikes and shelling.

Between Jan. 31 and Feb. 2, there were at least 25 communities reportedly affected by artillery shelling, while 47 communities were reportedly impacted by airstrikes, he said.

To add to that, the spokesman said there were more than 500,000 people displaced due to the hostilities since December 2019. Around 80 percent of them are women and children.

He also recalled the World Health Organization's reports that at least 53 health facilities suspended services last month due to insecurity and threats of attacks, or as areas were deserted by civilians fleeing violence.

Dujarric said that over the weekend the secretary-general reminded that military operations of all parties, including actions against and by designated terrorist groups, must respect the rules and obligations of international humanitarian law, which includes the protection of civilians and civilian infrastructure.

The secretary-general reiterated that there is no military solution to the Syrian conflict and that the only path to stability is a credible and inclusive UN-facilitated political solution as laid out in the Security Council.