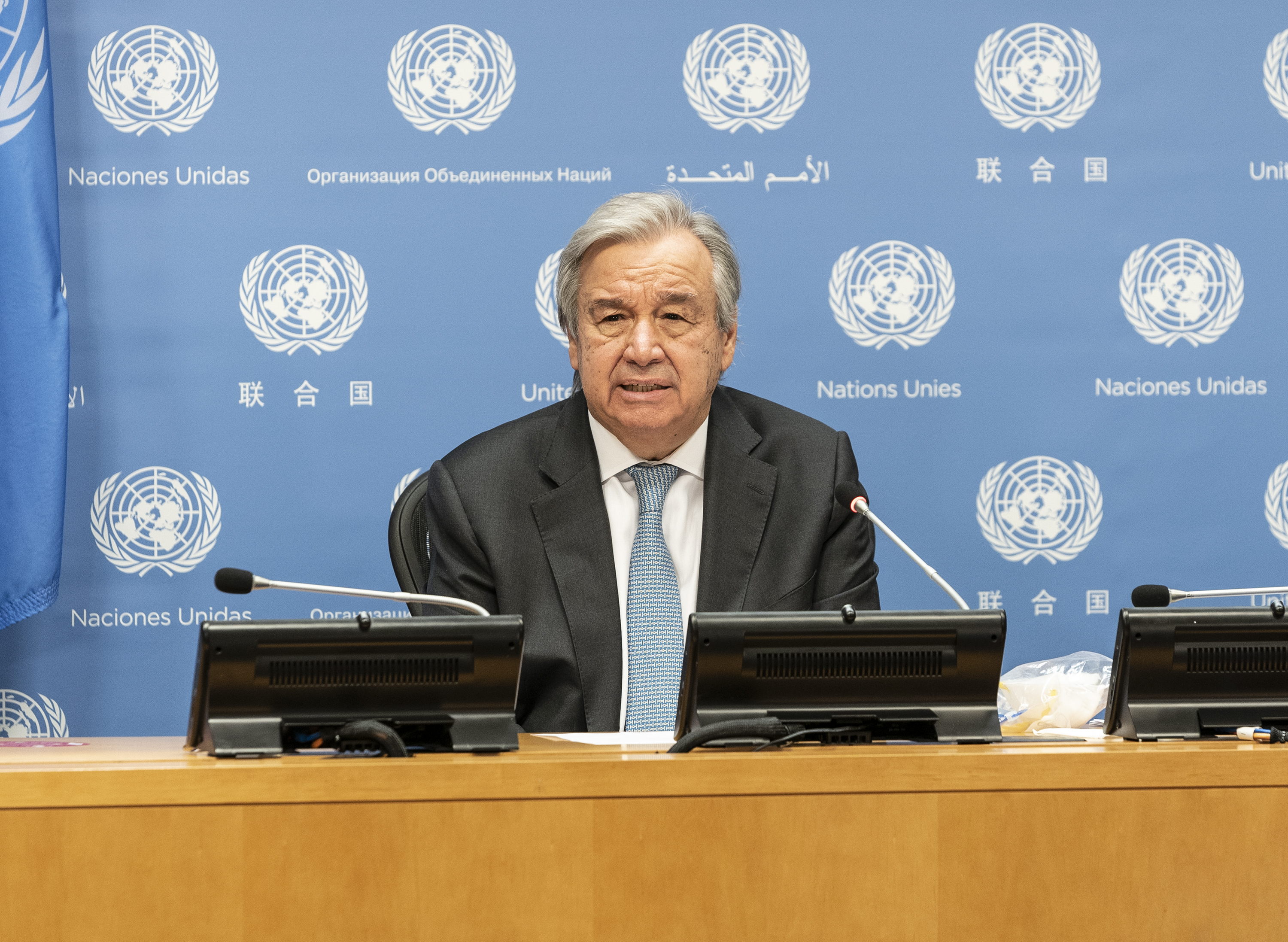 Antonio Guterres wants a global effort to get everyone vaccinated as soon as possible. (Photo: Getty)

UN Secretary-General Antonio Guterres has criticized the "wildly uneven and unfair" distribution of COVID-19 vaccines, saying 10 countries have administered 75 percent of all vaccinations and he demanded a global effort to get everyone vaccinated as soon as possible.

Foreign ministers met virtually for a first-ever UN Security Council session on vaccinations called by current chair the UK, which said the world had a "moral duty" to act together against the pandemic that has killed more than 2.4 million people.

Guterres told the council that 130 countries have not received a single dose of vaccine and declared that "at this critical moment, vaccine equity is the biggest moral test before the global community."

He continued: "The world urgently needs a global vaccination plan to bring together all those with the required power, scientific expertise and production and financial capacities."

The secretary-general called on the world's economic powers in the Group of 20 to create an emergency task force to plan its implementation and financing. He wanted the task force to have the capacity "to mobilize the pharmaceutical companies and key industry and logistics actors."

Guterres said: "If the virus is allowed to spread like wildfire in the Global South, it will mutate again and again. New variants could become more transmissible, more deadly and, potentially, threaten the effectiveness of current vaccines and diagnostics.

"This can prolong the pandemic significantly, enabling the virus to come back to plague the Global North."

UK Foreign Secretary Dominic Raab urged the council to adopt a resolution calling for ceasefires in conflict zones to allow the delivery of COVID-19 vaccines.

Britain says more than 160 million people are at risk of being excluded from coronavirus vaccinations because they live in countries engulfed in conflict and instability, including Yemen, Syria, South Sudan, Somalia and Ethiopia.

"Global vaccination coverage is essential to beating coronavirus," Raab said ahead of the meeting. "That is why the UK is calling for a vaccination ceasefire to allow COVID-19 vaccines to reach people living in conflict zones and for a greater global team effort to deliver equitable access."

Britain's UN ambassador Barbara Woodward said: "Humanitarian organizations and UN agencies need the full backing of the council to be able to carry out the job we are asking them to do."

Woodward said ceasefires have been used to carry out vaccinations, pointing to a two-day pause in fighting in Afghanistan in 2001 that enabled 35,000 health workers and volunteers to vaccinate 5.7 million children under the age of five against polio.

Britain has drafted a Security Council resolution that Woodward said the UK hopes will be adopted in the coming weeks.

Blinken said the U.S. would pay its more than $200 million in obligations to the UN body by the end of the month and make a "significant" contribution to COVAX.

Chinese State Councilor and Foreign Minister Wang Yi also voiced the need for the fair distribution of vaccines and was critical of where nationalism hinders it.

"We must ensure that no country in need of the vaccines is left behind and no individuals waiting for vaccines are neglected," Wang said.

He emphasized that nothing matters more than human lives and said it was important to ensure access to humanitarian assistance, especially for women, children, and other disadvantaged groups. 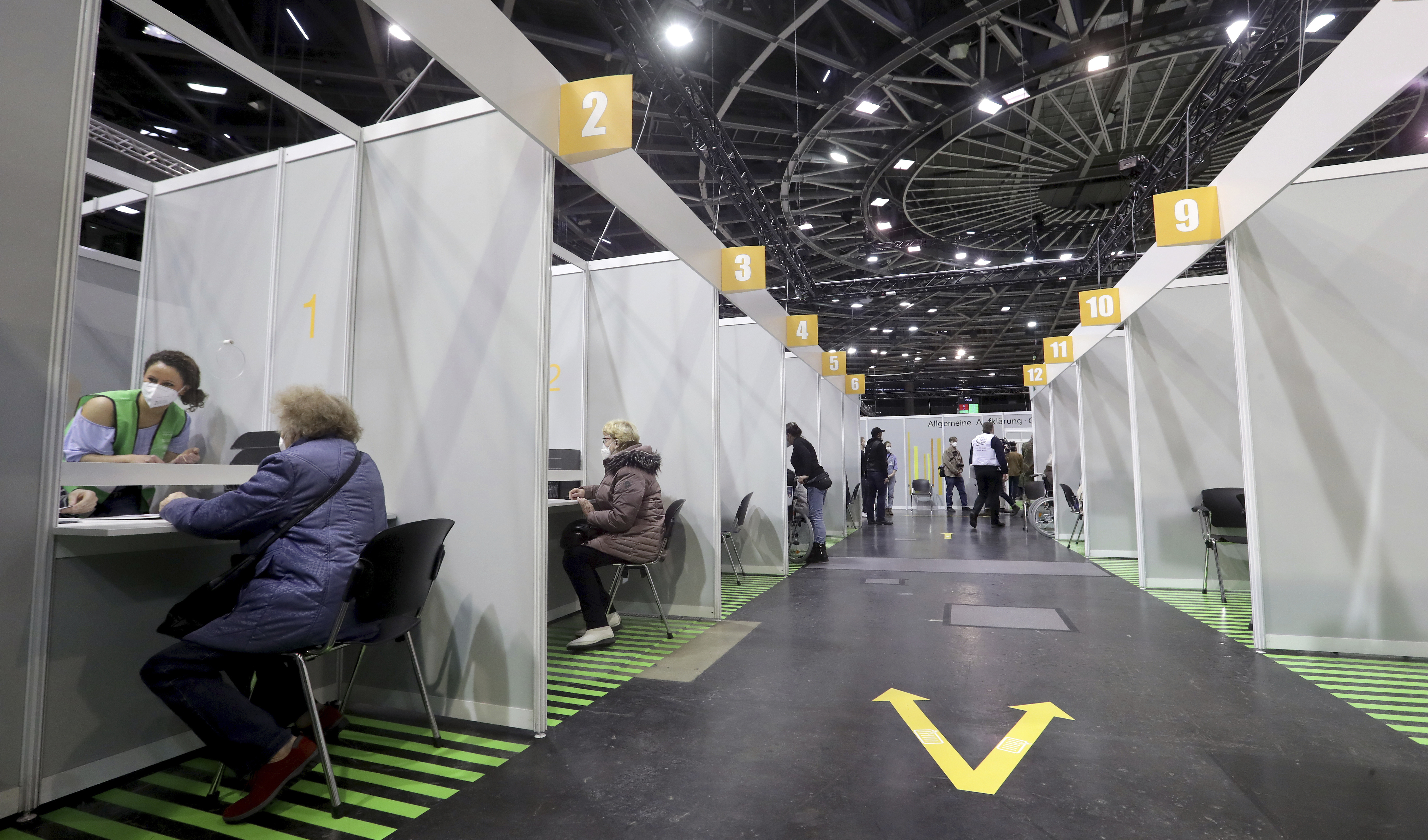 Around the world, 75% of vaccinations have gone to people in just 10 countries. (Photo: Getty)

Mexico's Foreign Minister Marcelo Ebrard denounced the "injustice" of what he called a "deepening gap" as wealthy countries "monopolize the vaccines."

The coronavirus has infected more than 109 million people and killed at least 2.4 million of them. But many countries have not yet started vaccination programs and even rich nations are facing shortages of vaccine doses as manufacturers struggle to ramp up production.

The World Health Organization's COVAX program, an ambitious project to buy and deliver coronavirus vaccines for the world's poorest people, has already missed its own goal of beginning coronavirus vaccinations in poor countries at the same time that shots were rolled out in rich countries.

Numerous developing countries have rushed in recent weeks to sign their own private deals to buy vaccines, unwilling to wait for COVAX.