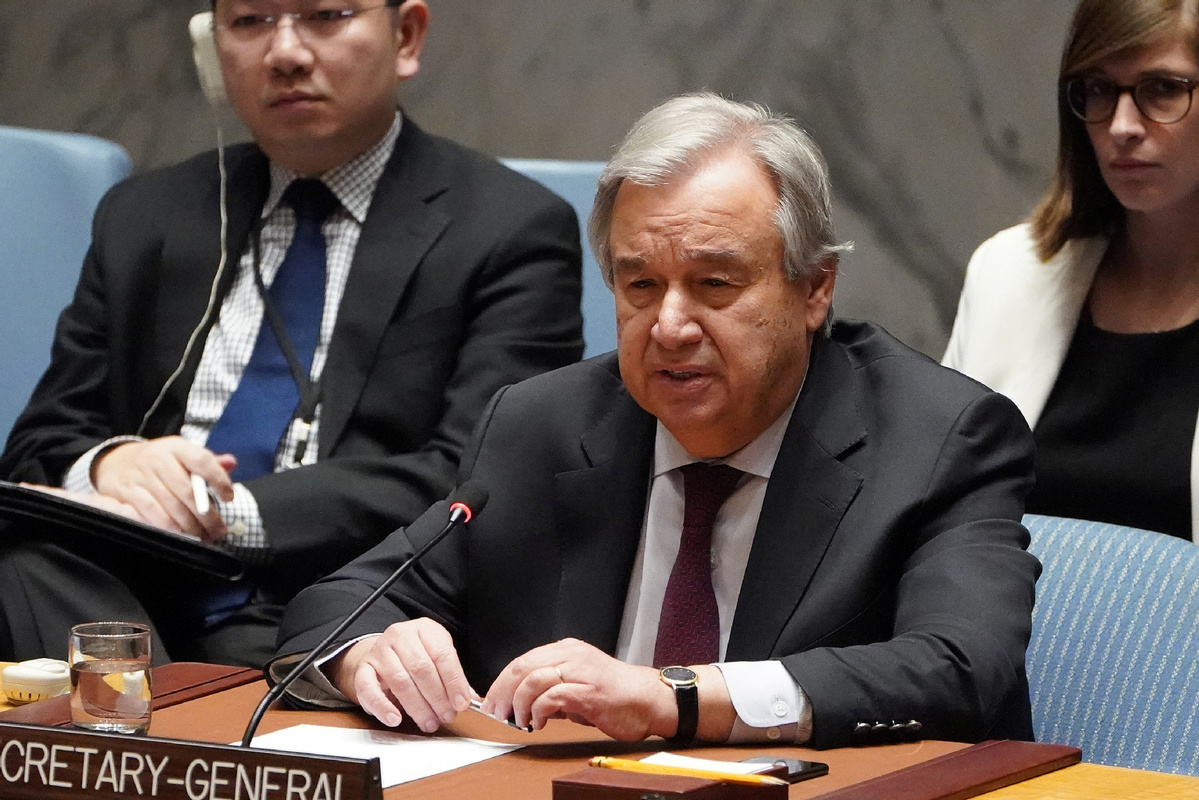 In remarks to the G20 virtual summit on the COVID-19 pandemic Thursday, United Nations Secretary-General Antonio Guterres said, "We are at war with a virus — and not winning it."

Speaking from New York, Guterres noted that it took three months for the world to reach 100,000 confirmed cases of infection, and that the next 100,000 cases happened in just 12 days. The 300,000 mark took only another four days, and the 400,000 level came just one and a half days after that.

"This is exponential growth and only the tip of the iceberg," he said.

"This war needs a wartime plan to fight it," he said, adding that "solidarity" is essential among the G20 and with the developing world, including countries involved in armed conflict. The UN chief had appealed for a global cease-fire in a statement Monday.

Guterres called on the G20 to suppress the transmission of the coronavirus as quickly as possible. "That must be our common strategy," he said, and "it requires a coordinated G20 response mechanism guided by the World Health Organization."

The UN chief called for massive support to increase the response capacity of developing countries. Guterres told the meeting that the UN system has a well-established supply-chain network. "We stand ready to place it at your disposal," he said.

Guterres then underlined the importance of working together to minimize the social and economic impact.

"The G20 came of age in the 2008 financial crisis," said Guterres. "The challenges before us dwarf those of 2008 … what we face today is not a banking crisis, it is a human crisis. While the liquidity of the financial system must be assured, our emphasis must be on the human dimension.

"We need to concentrate on people, keeping households afloat and businesses solvent, able to protect jobs," he said, adding that it will require a global response reaching "double-digit percentages" of the global economy.

"I welcome infusions of liquidity and social and economic support in developed countries — with direct transfer of resources to people and businesses," he said. "But, a stimulus package to help developing countries with the same objectives also requires a massive investment."

For that, Guterres said greater resources are needed from the International Monetary Fund and other international financial institutions, including "a meaningful emission of special drawing rights, coordinated swaps between central banks and steps to alleviate debt, such as a waiver of interest payments".

He also appealed for the waiving of sanctions that can undermine countries' ability to respond to the pandemic.

Guterres also called on all countries to work together to set the stage for a recovery that builds a more "sustainable, inclusive and equitable economy, guided by the 2030 Agenda for Sustainable Development".

"Let us do what it takes — urgently and together," he said.