UNITED NATIONS, June 9 (Xinhua) -- UN Secretary-General Antonio Guterres will travel to Britain on Thursday to attend the 2021 Group of Seven (G7) summit that is held in Cornwall, where he will participate in a number of working sessions, said his spokesman. 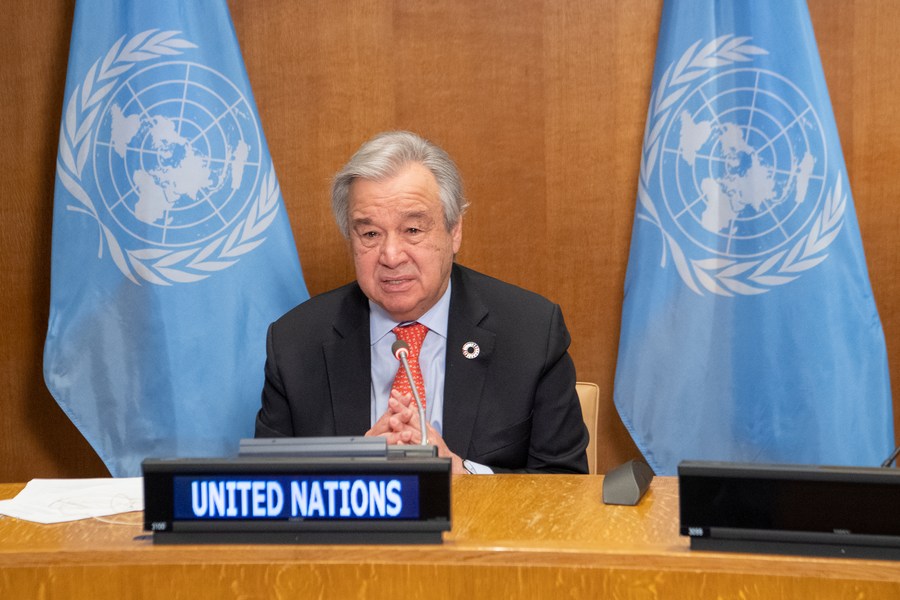 "His overriding message to the G7 will be that we need a quantum leap in our capacity to address the challenges that we face today, notably the COVID-19 pandemic and, of course, climate change," said Stephane Dujarric, the spokesman.

On COVID-19, Guterres will push for a global vaccination plan that should lead to doubling vaccine production and the equitable distribution of the vaccine to ensure that everyone, everywhere has access, he told a daily press briefing.

The secretary-general will also advocate for more ambitious and concrete commitments from G7 members on public financing of the fight against climate change, he said.