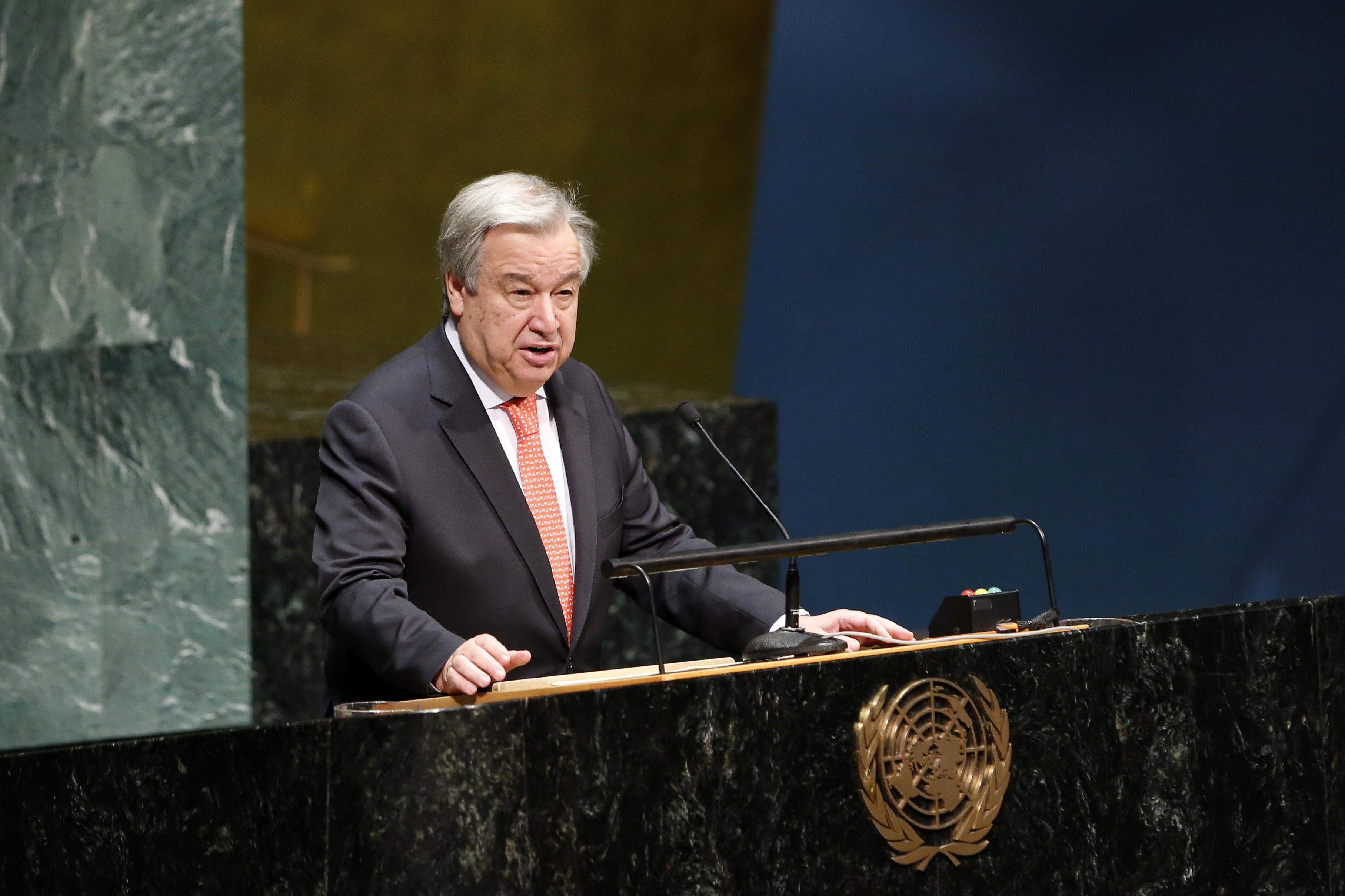 "National sovereignty -- a pillar of the United Nations -- goes hand-in-hand with enhanced international cooperation based on common values and shared responsibilities in pursuit of progress for all," the UN chief said at the UN General Assembly ceremony marking the 75th anniversary of the United Nations.

"No one wants a world government -- but we must work together to improve world governance," the secretary-general said.

Noting that "today we have a surplus of multilateral challenges and a deficit of multilateral solutions," the secretary-general said that "in an interconnected world, we need a networked multilateralism, in which the United Nations family, international financial institutions, regional organizations, trading blocs and others work together more closely and effectively. We also need as the (General Assembly) President said, an inclusive multilateralism, drawing on civil society, cities, businesses, local authorities and more and more on young people."

"The organization we celebrate today emerged only after immense suffering," he said. "It took two world wars, millions of deaths and the horrors of the Holocaust for world leaders to commit to international cooperation and the rule of law."

Speaking of the achievements of the United Nations, the UN chief said that commitment "produced results."

"A Third World War -- which so many had feared -- has been avoided. Never in modern history have we gone so many years without a military confrontation between the major powers," he said. "This is a major achievement of which member states can be proud -- and which we must all strive to preserve."

"Down the decades, there have been other historic accomplishments, including peace treaties and peacekeeping, decolonization, human rights standards -- and mechanisms to uphold them, the triumph over apartheid, life-saving humanitarian aid for millions of victims of conflict and disaster, the eradication of diseases, the steady reduction of hunger, the progressive development of international law, and landmark agreements to protect the environment and our planet," the UN chief elaborated.

"Most recently, unanimous agreement on the Sustainable Development Goals and the Paris Agreement on Climate Change provide an inspiring vision for the 21st century," he noted.

However, Guterres underscored that "there is still so much to be done."

"Of the 850 delegates to the San Francisco Conference, just eight were women. Twenty-five years since the Beijing Platform for Action, gender inequality remains the greatest single challenge to human rights around the world," he said.

As for the challenges ahead, the secretary-general said "we can only address them together."