UN Secretary-General Antonio Guterres called on Friday for the immediate de-escalation of tensions in northern Ethiopia where fighting has erupted between federal forces and troops in the Tigray region.

Long-running tensions erupted into armed conflict this week between Addis Ababa and the Tigray region, whose leaders effectively ruled the country for three decades until Prime Minister Abiy Ahmed came to power.

"I'm deeply alarmed over the situation in the Tigray region of Ethiopia. The stability of Ethiopia is important for the entire Horn of Africa region," Guterres wrote on Twitter.

"I call for an immediate de-escalation of tensions and a peaceful resolution to the dispute."

Abiy, the winner of last year's Nobel Peace Prize, announced on Wednesday that he had ordered military operations in Tigray in response to an "attack" by the region's ruling party, the Tigray People's Liberation Front (TPLF), on a military camp.

"Our country has entered into a war it didn't anticipate. This war is shameful, it is senseless," Ethiopia's deputy army chief Berhanu Jula told a press conference on Thursday.

The TPLF denies the attack occurred and accuses Abiy of concocting the story to justify deploying the military against the party.

Tigray president Debretsion Gebremichael said Thursday that fighting was taking place in western Tigray, and that federal troops were gathering on the border in neighboring Amhara and Afar regions. 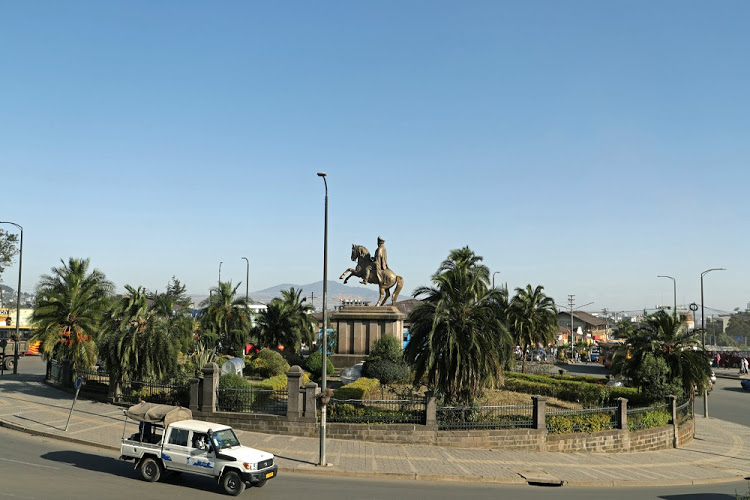 A diplomatic source said there were probably casualties on both sides after heavy fighting and artillery shelling on Thursday on one of the main roads linking Tigray to neighboring Amhara region.

An aid worker, speaking on condition of anonymity, said 25 wounded soldiers were admitted to a health center in Amhara on Thursday, without specifying which side they were from. Internet and phone connections in Tigray have been cut, making any tolls difficult to verify.

The International Crisis Group (ICG) said in a statement that unless the fighting was urgently halted, the conflict "will be devastating not just for the country but for the entire Horn of Africa." 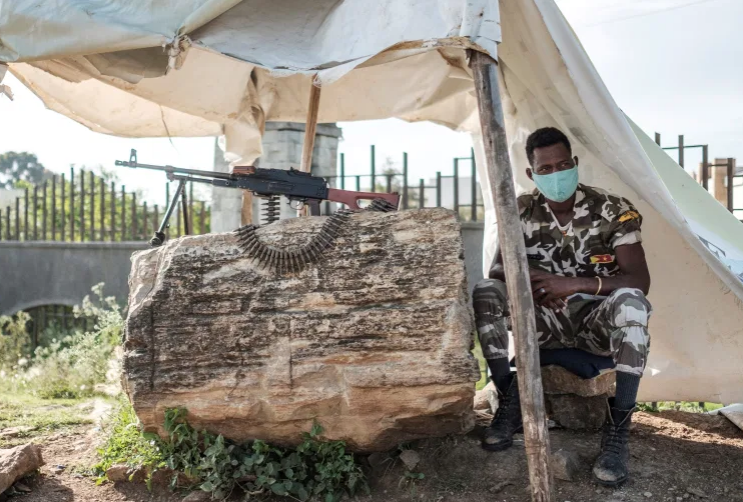 Ethiopia mobilized for war in the northern Tigray region. /AFP

The ICG said prolonged fighting could draw in neighboring Eritrea, whose President Isaias Afwerki is close to Abiy and who is a "sworn enemy" of the TPLF which ruled Ethiopia when it fought a war with Eritrea.

And given Tigray has powerful military forces, with an estimated 250,000 troops, a war could be "lengthy and bloody" in Africa's second most populous country, it said.

It could also further destabilize the diverse nation, split into ethnic-based federal states, which has seen multiple outbreaks of ethnic violence in recent years.

"Immediate, concerted mediation - local, regional and international - is needed to avert a descend into a broader crisis," said the ICG statement.

The TPLF dominated politics in Ethiopia for nearly three decades before Abiy came to power in 2018 on the back of anti-government protests. Under Abiy, Tigrayan leaders have complained of being unfairly targeted in corruption prosecutions, removed from top positions and broadly scapegoated for the country's woes.

Tensions escalated when Tigray went ahead and held its own elections in September, after Addis Ababa decided to postpone national polls due to the coronavirus pandemic.