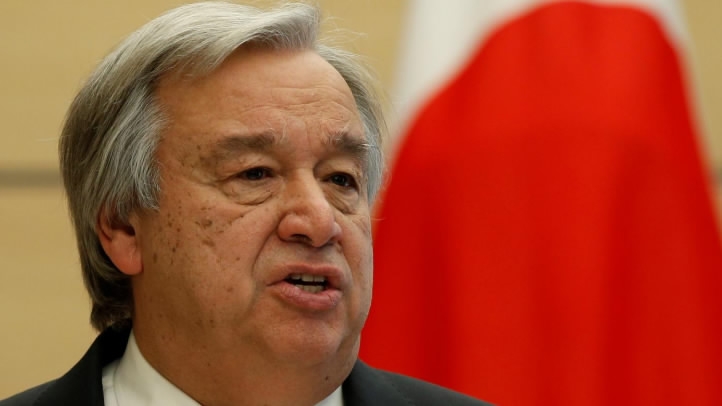 "As we begin 2018, I call for unity. We can settle conflicts, overcome hatred and defend shared values. But we can only do that together," he said.

Recalling that he urged for 2017 to be a year for peace, the UN chief noted that, in fundamental ways, the world went in reverse.

Deepening conflicts and new dangers emerged, and global concerns over nuclear weapons were the highest since the Cold War, he added.

At the same time, the impacts of climate change worsened at an alarming rate, inequalities grew and there were horrific human rights violations.

"Nationalism and xenophobia are on the rise," said Guterres.

Underscoring his belief that the world can be made more safe and secure, that conflicts can be settled, that hatred can be overcome and shared values defended, he emphasized that unity is indispensable to achieving these goals.

"Unity is the path. Our future depends on it," said the secretary-general, urging leaders everywhere to resolve in the New Year to "Narrow the gaps. Bridge the divides. Rebuild trust by bringing people together around common goals."