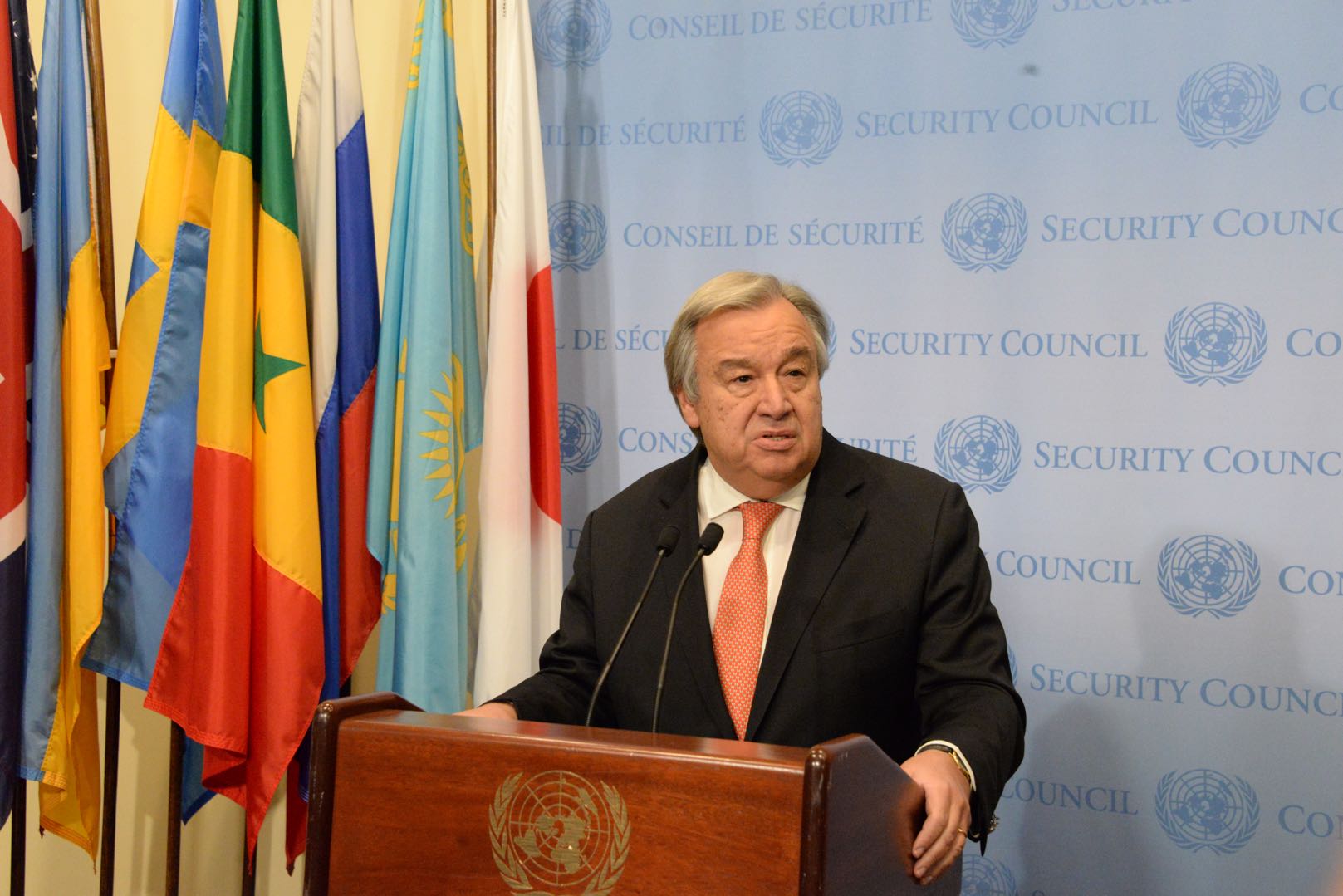 New York (People’s Daily) – The Secretary-General of the United Nations António Guterres urged everyone awaiting the final results of Monday’s presidential and legislative elections, to refrain from violence, according to a statement read by Deputy Spokesperson, Farhan Haq.

"He further calls on political leaders and electoral contestants to pursue any disputes through peaceful means, dialogue and in accordance with the law,” he read.

According to media reports, at least three protesters was killed in Harare after troops were deployed to quell presidential election protests. The violence erupted days after Zimbabwe's first general elections since former President Robert Mugabe was pressured to step down after more than three decades in office, last year.

"The Secretary-General notes the peaceful and democratic spirit, which was commended by national and international observers, during polling day. He appreciates the commitment of the people of Zimbabwe to deepen democracy and their renewed focus on development of the nation."

Haq reminded current office holders and political parties of the commitments they made through the Peace Pledge, signed on June 26, and the agreed Code of Conduct for a peaceful electoral process.

In June, UN chief Guterres condemned an explosion that took place at an election rally in Zimbabwe, shortly after sitting President Emmerson Mnangagwa – who is running again for a full term - left the stage.

And in July, amid increasing reports of voter intimidation and coercion linked to the ruling ZANU-PF party, the UN human rights office, OHCHR, underscored the need for a peaceful and credible election.

According to news reports, official results so far, show that while ZANU-PF has won the most seats in the parliamentary ballot, the opposition Movement for Democratic Change is alleging ballot-rigging and impatience has been growing at the delayed release of full results.