United Nations Secretary-General Antonio Guterres on Monday expressed deep concern over Sunday's apparent forced landing of a passenger aircraft over Belarus and the subsequent detention of a Belarusian journalist on board. 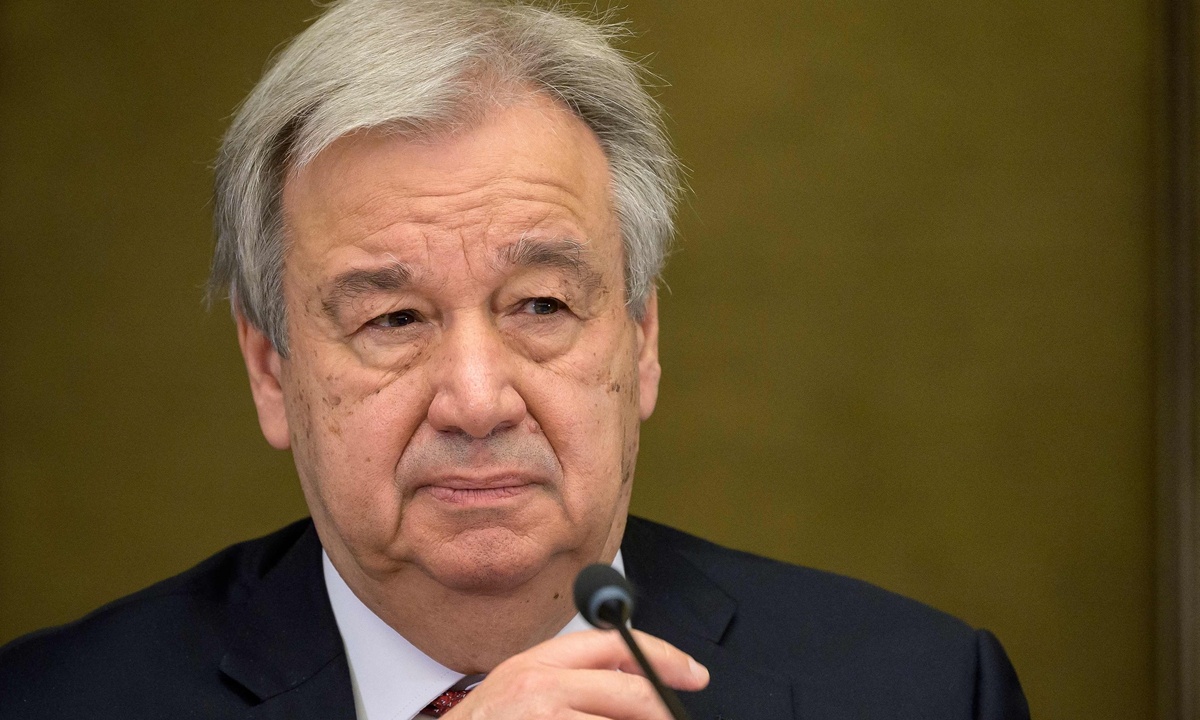 UN Secretary General Antonio Guterres attends a press conference at the end of a 5+1 Meeting on Cyprus on April 29. (Photo: VCG)

The UN chief called for "a full, transparent and independent investigation into this disturbing incident" and urged all parties concerned to cooperate with the inquiry, said Stephane Dujarric, spokesman for Guterres, in a statement.

The flight, run by Irish airline Ryanair, was heading from Athens to Vilnius before it received notice from Belarusian authorities of "a potential security threat on board" and was "instructed to divert to the nearest airport, Minsk," Ryanair said in a Sunday statement.

Leaders of the European Union (EU) member states on Monday agreed to cut the bloc's air links with Belarus following Sunday's Ryanair flight diversion incident. According to the conclusions of the special EU summit on Monday, the 27-member bloc strongly condemned the incident which endangered aviation safety and called on the International Civil Aviation Organization to urgently investigate "this unprecedented and unacceptable incident."

Leaders of the member states urged the European Council to adopt the necessary measures to ban overflight of EU airspace by Belarusian airlines, prevent access to EU airports of Belarusian flights, and called on all EU-based carriers to avoid overflight of Belarus, according to the conclusions.

Irish airline Ryanair said in a statement on Sunday that its flight FR4978 from Athens to Vilnius was notified by Belarusian authorities of "a potential security threat on board" and was "instructed to divert to the nearest airport, Minsk." "Nothing untoward was found," it added. The flight later took off again and landed in the Lithuanian capital at 9:25 pm (1825 GMT) Sunday night after a seven-hour detour. In an updated statement on Monday, Ryanair "condemns the unlawful actions of Belarusian authorities," calling it "an act of aviation piracy."