UN chief voices concern over violence against demonstrators in DRC 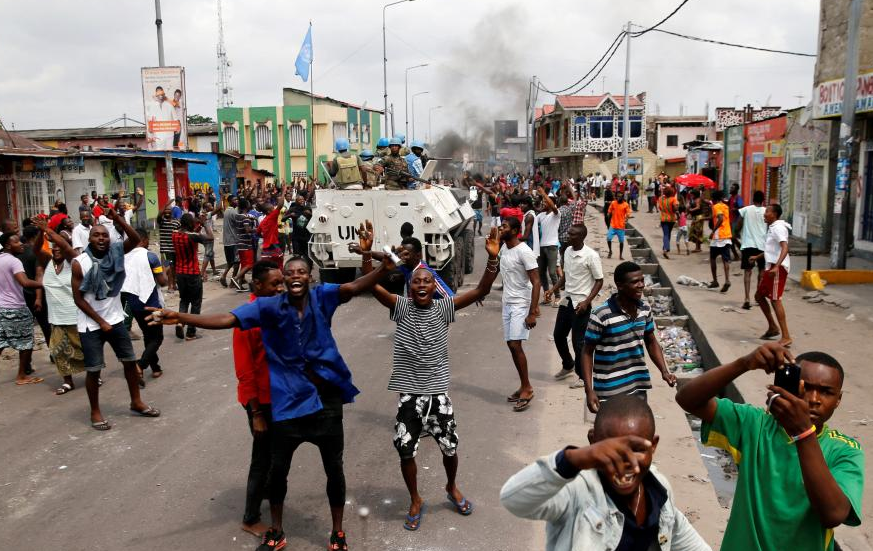 UN Secretary-General Antonio Guterres was disturbed by reports of violence against demonstrators in the Democratic Republic of Congo (DRC), his spokesman said Monday.

"The secretary-general urges the Congolese security forces to exercise restraint and to uphold the Congolese people's right to freedom of speech and peaceful assembly," Stephane Dujarric said in a statement.

Police crackdown on protests on Sunday against President Joseph Kabila led to six deaths and 63 injuries, the statement said.

The UN chief called on the Congolese authorities to conduct credible investigations into those incidents and to hold those responsible accountable, it added.

Guterres called on Congolese political actors to work toward the full implementation of the Dec. 31, 2016 political agreement, which remains the only viable path to the holding of elections, the peaceful transfer of power and the consolidation of stability in the DRC, it said.

The political agreement allows President Kabila, who has been in power since 2001, to stay on after his term of office expired, on the condition that elections would be held within 2017. But elections were delayed on the grounds of logistic difficulties. On Nov. 5, 2017, the country's electoral commission published an electoral calendar for the combined presidential, legislative and provincial elections for Dec. 23, 2018.