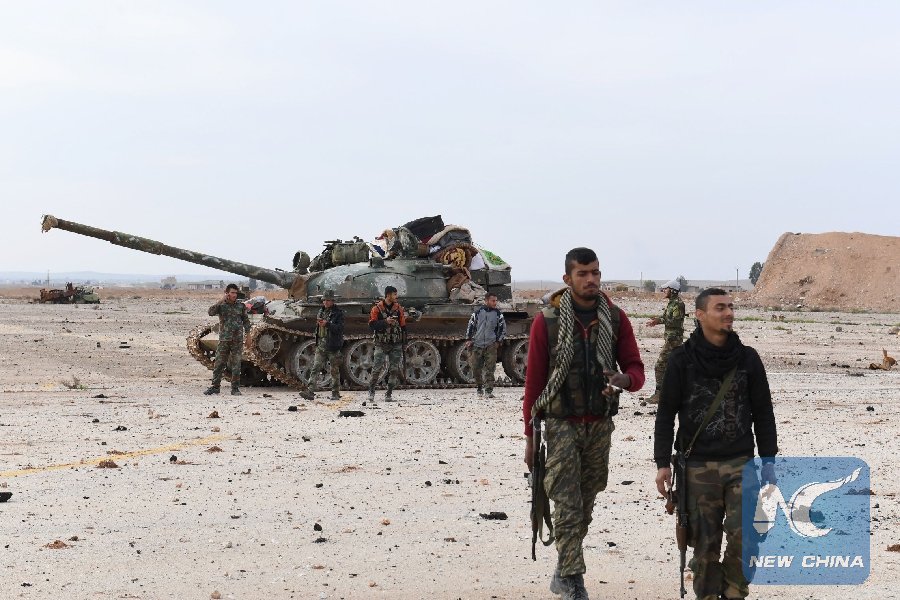 His remarks came after reports of a "false flag" chemical weapon attack allegedly staged by the Syrian government troops to provoke military response from one or all of the allies Britain, France and the United States.

"The secretary-general is deeply concerned about the growing risks of a humanitarian catastrophe in the event of a full-scale military operation in Idlib province in Syria," said chief UN spokesman Stephane Dujarric. "The secretary-general once again reaffirms that any use of chemical weapons is totally unacceptable."

"The secretary-general urgently appeals to the Government of Syria and all parties to exercise restraint and to prioritize the protection of civilians," said Dujarric, adding that Guterres called for efforts to "find a peaceful solution to the situation in Idlib, the last remaining de-escalation zone."

"The secretary-general further calls on all parties to take all necessary measures to safeguard civilian lives, allow freedom of movement, and protect civilian infrastructure, including medical and educational facilities, in accordance with international humanitarian law and human rights law," the spokesman said.

On Tuesday, British Ambassador Karen Pierce in a Security Council meeting echoed remarks by delegates from the United States and France, saying that Britain would respond accordingly if the Syrian troops again use chemical weapons.

She also told the panel that the Russian Ministry of Defense (MOD) said earlier Tuesday that Britain and the "white helmets" civilian rescuers are preparing for chemical attacks against the Syrian people.

"I am happy to rebut any allegation that the British government or British forces engages with terrorists on the ground in Syria," the London envoy said.

Pierce appealed to Russia to "use all its persuasive powers to convince the Syrian authorities not to attack their own population and never again to use prohibited chemical weapons."

The Syrian government has denied using chemical weapons against its own people in previous related disputes.