WORLD UN chief wishes all youth to have access to education

UN chief wishes all youth to have access to education 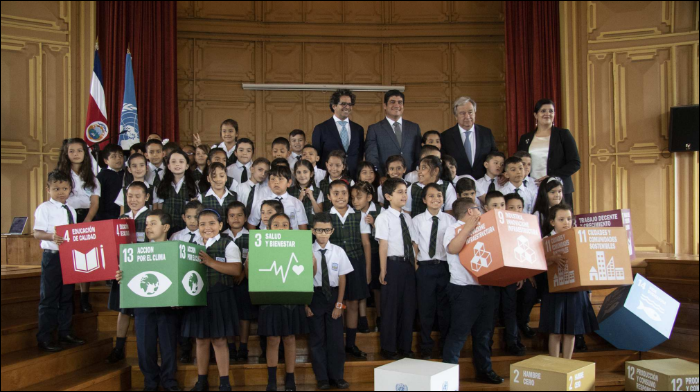 United Nations (UN) Secretary-General Antonio Guterres on Friday expressed his wish to make young people across the world have access to education, training and decent jobs to achieve their full potential.

"The world's young people need safe spaces – public, civic, physical and digital spaces, where they can freely express their views and pursue their dreams," the UN chief said in a message to the International Youth Day to be observed on August 12.

"The hopes of the world rest on young people. Peace, economic dynamism, social justice, tolerance – all this and more, today and tomorrow, depends on tapping into the power of youth," he said.

"Yet, more than 400 million young women and men live amidst armed conflict or organized violence. Millions face deprivation, harassment, bullying and other infringements of their rights. Young women and girls are particularly vulnerable," the secretary-general added.

The United Nations is strongly committed to listening to the voices of young people, and opening pathways for meaningful participation in decisions that affect them, he said, adding that "this September, we will launch a new strategy to step up our work with and for young people."

Aug. 12 was first designated International Youth Day by the UN General Assembly in 1999 and serves as an annual celebration of the role of young women and men as essential partners in change, and an opportunity to raise awareness of challenges and problems facing the world's youth.