Vienna (People’s Daily) – China invited all the member states of the United Nations to join hands with China in utilizing its future China Space Station (CSS) on Monday at a ceremony hosted by the United Nations Office for Outer Space Affairs (UNOOSA) and the Permanent Mission of China to the UN and Other International Organizations in Vienna. 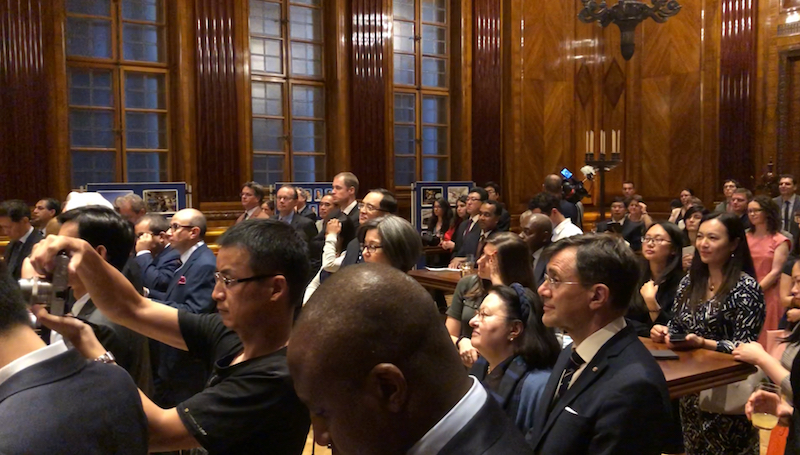 The ceremony was attended by representatives of international organizations, envoys from over 60 countries to the UN and 120 media from more than 20 countries including China, Russia, Germany and Brazil. Shi Zhongjun, China's ambassador to the UN and other international organizations in Vienna and Simonetta Di Pippo, director of UNOOSA, spoke at the ceremony. 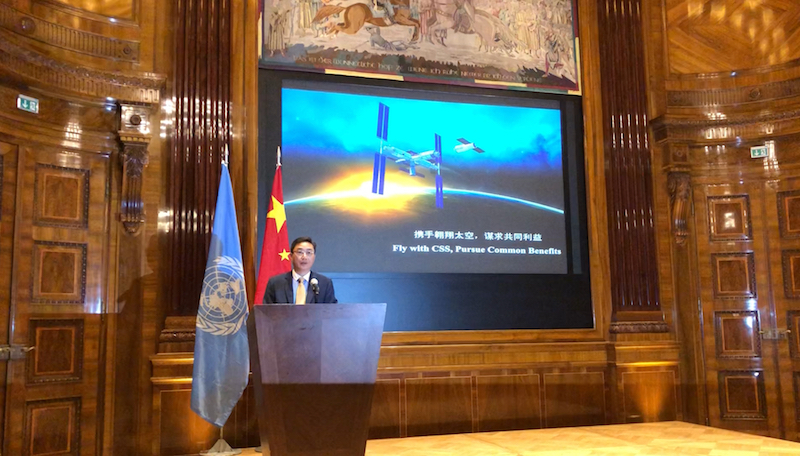 Shi Zhongjun, China's ambassador to UN, and other international organizations in Vienna address the ceremony.

"All countries, regardless of their size and level of development, can participate in the cooperation on an equal footing," Shi said.

Interested public and private organizations, including institutes, academies, universities and private enterprises with scientific orientations, can identify their appropriate models of cooperation on board the CSS, be it for the growth of a space plant, or even the accommodation of an astronaut, said the ambassador.

In his speech, Shi discussed China’s idea of international outer space cooperation featuring openness, peace and goodwill, saying "The China Space Station belongs not only to China, but also to the world. Just as the Outer Space Treaty of 1967 proclaimed, the exploration and use of outer space shall be a common province for humankind. Outer space should become a new domain for promoting the common interests of everyone, rather than a new battlefield for competition and confrontation”.

Di Pippo spoke highly of China’s tremendous achievements in space science development. “I believe that all the efforts that we are making together will be highly beneficial to our cooperation, to all member states of the United Nations, and to the attainment of the Sustainable Development Goals,” she said. 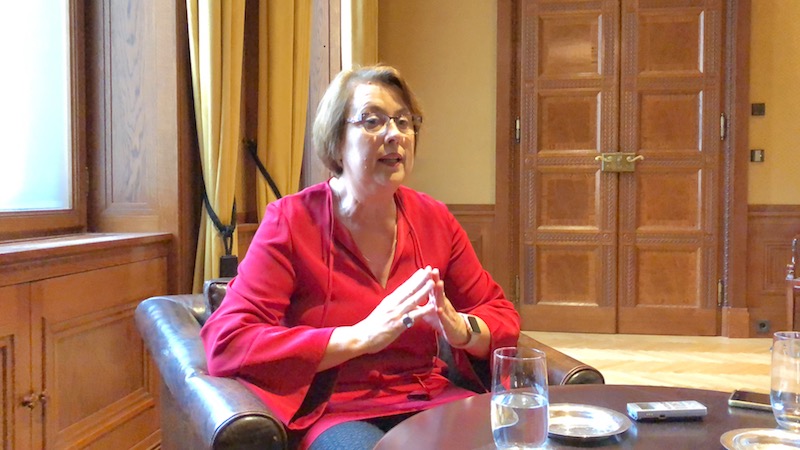 The ceremony featured a short video on China’s manned space flight and to introduce the progress of the country’s space station.

Expected to be put into service by 2022, the CSS will be the first space station developed by a developing country and open for cooperation with all UN member states. Represented by UNOOSA, the UN jointly signed a Memorandum of Understanding with the China Manned Space Agency (CMSA) to allow “access to space” to all UN member states for scientific experiments, developing countries in particular, to attain all 17 Sustainable Development Goals by jointly utilizing CSS.