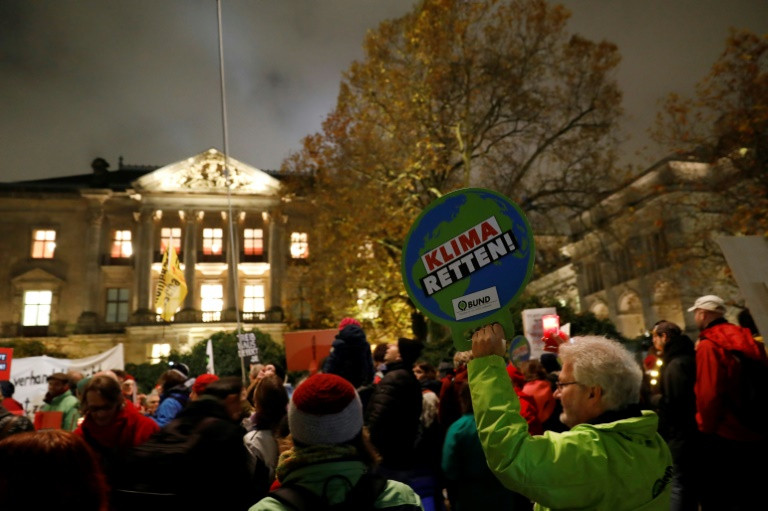 A protester holds a placard reading "save the climate" during a rally     Photo: AFP

UN negotiations to bolster the Paris Agreement, crafted over more than two decades to avert climate catastrophe, dragged into extra time Friday, unnerved by Washington's rejection of the process and defense of fossil fuels.

Scheduled to have closed late afternoon, the talks were still underway at 10:00 pm (2100 GMT), with China's chief negotiator Xie Zhenhua telling AFP: "We have a lot to negotiate."

Delegates said the talks were stalled mainly on finance, reviving a divide between rich and developing nations at the talks.

The world's poorer nations, often at the forefront of the effects of climate change, need money to make the costly shift away from atmosphere-fouling coal, and to shore up their defenses against weather extremes.

They are demanding more certainty and transparency from rich nations on progress made toward meeting a promise to ramp up climate finance to $100 billion (85 billion euros) per year by 2020.

Donor nations, in turn, insist on comparable obligations under the Paris pact for developing greenhouse gas polluters, who demand a certain degree of leeway. 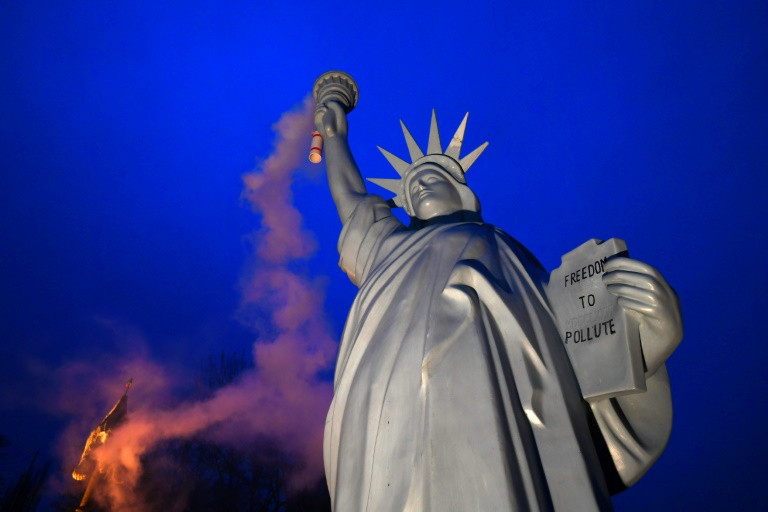 An alternative Statue of Liberty emitting smoke from the torch, created by Danish artist Jens Galschiot and displayed at the Rheinaue park during the climate talks in Bonn     Photo: AFP

President Donald Trump's decision to withdraw the United States from the hard-fought Paris Agreement cast a long shadow over the talks.

The United States, which under Trump has also slashed funding for climate bodies and projects, took a tough stance in the finance discussions, delegates said, angering many negotiating parties.

America still has negotiators at the forum it has spurned.

Envoys from nearly 200 countries gathered to draw up a "rule book" for enacting key provisions in the agreement backed by all but the US, and due to enter into full force in just three years' time.

The pact, adopted to cheers and champagne in 2015, commits countries to limiting average global warming to under two degrees Celsius (3.6 degrees Fahrenheit) over Industrial Revolution levels, and 1.5 C if possible, to avert worst-case climate change.

Anything over 2 C, experts say, would doom the world to calamitous climate change, with ever more extreme superstorms, droughts, floods, and land-gobbling sea level rise.

But scientists say current pledges place the world on course for warming of 3 C or more, and counsel urgency in reducing planet-warming greenhouse gases produced from mankind's voracious burning of coal, oil and natural gas.

A report this week warned that emissions of carbon dioxide, the main planet-warming gas, were set to rise by two percent in 2017 after three years of no growth.

"Starting now, emissions need to decrease to zero over the next 40 years to prevent us breaching the 1.5 C threshold," Piers Forster, a professor of climate change at the University of Leeds, said Friday.

The climate rule book will specify how countries count and report on their promised emissions cuts.

Halting progress was made at the talks, with observers and delegates complaining that things were moving too slowly.

Many lamented the "political leadership" void left by the departure of Obama, and by German Chancellor Angela Merkel who was criticized for not promising to phase coal out when she addressed the conference this week.

"In a year marked by extreme weather disasters and potentially the first increase in carbon emissions in four years, the paradox between what we are doing and need to be delivering is clear," said WWF climate head Manuel Pulgar-Vidal.