MADRID, Dec. 14 (Xinhua) - UN Climate Change Conference(COP25) has been extended to Saturday to allow more time for consultation on key issues after officials from almost 200 countries failed to wrap up it on Friday as scheduled. 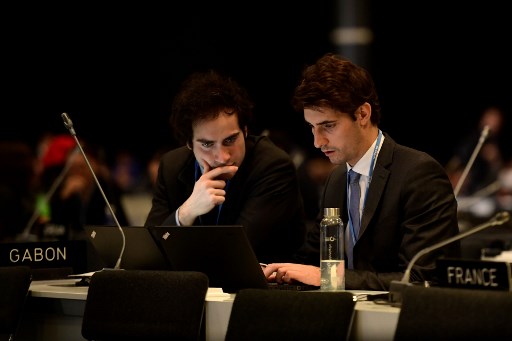 The COP25, which shifted from Chile to Spain at the last minute, kicked off on Dec. 2 and was scheduled to end on Friday. But negotiations lasted overnight from Friday to Saturday, and the closing plenary was rescheduled from midnight to Saturday afternoon.

"We are working hard to come to an end", Andres Landerretche, Coordinator of COP25 Presidency, said in a press briefing on Friday evening, "we are making the utmost effort to sort out the issue".

Landerretche referred to Article 6 of the 2015 Paris Agreement, which is about the implementation of the market mechanisms, the design of the carbon emission markets in particular.

Negotiators still had some differences in technical details concerning carbon markets, and they have to continue to discuss it on Saturday. Landerretche said the congress may reach a general agreement and leave some details to the next congress in Glasgow next year.

Negotiators also have different opinions on the wording of the draft final text of the congress, which must take into consideration the stances of all of the almost 200 countries.

Li Shuo, an observer of the congress and senior global policy advisor of Greenpeace East Asia, told Xinhua that the participating countries have differences on the ambitions of addressing climate change, as some countries want to have more ambitious goals but others want to stick to the goals stipulated in the Paris Agreement.

However, according to experiences in the past, it was normal that the congress has been extended.  NGOs and climate activists held multiple protests outside the congress venue to express their frustration at the slow pace of the negotiations.