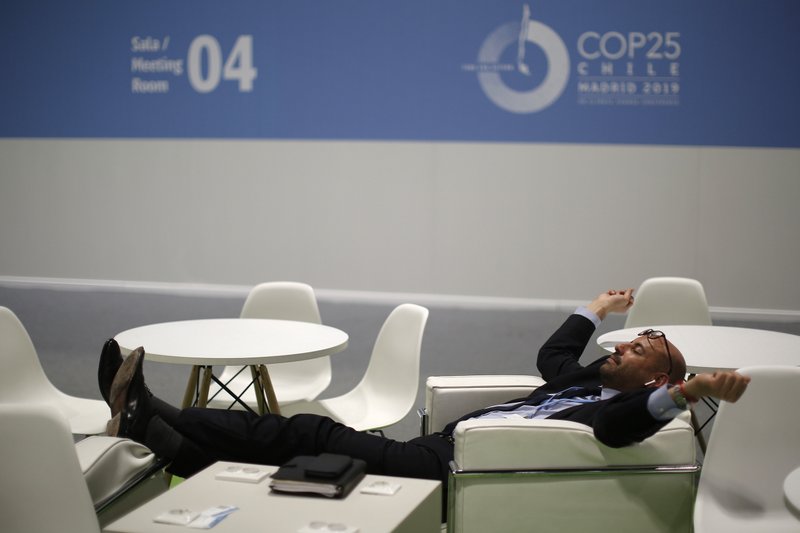 Chilean officials presiding over this year’s UN climate talks said Saturday they plan to propose a compromise to bridge yawning differences among countries that have been deadlocked on key issues for the past two weeks.

With the meeting already into extra time, draft documents presented overnight failed to achieve consensus. Observers and environmental groups warned that they risked undoing or stalling on commitments made in the 2015 Paris climate accord.

Later Saturday, Chilean diplomat Andrés Landerretche told reporters that a fresh compromise would be circulated Saturday afternoon, but insisted that there would have to be trade-offs if there was to be a deal supported by all countries.

“It’s impossible to have a consensus outcome if you don’t compromise,” he said.

Asked whether some decisions might be postponed until next year, Landerretche said: “We don’t foresee any suspension. We are working with a view toward finishing our work today.”

But observers said there were still huge obstacles to overcome.

“I’ve been attending these climate negotiations since they first started in 1991, but never have I seen the almost total disconnection we’ve seen here (...) in Madrid between what the science requires and the people of the world demand, and what the climate negotiators are delivering,” said Alden Meyer, a climate policy special at the Union of Concerned Scientists.

“The planet is on fire and our window of escape is getting harder and harder to reach the longer we fail to act,” Meyer said.

Growing concern about climate change has been reflected in mass protests staged around the world over the past year, often by young activists concerned about the future they and their children might face as the planet heats up.

Demonstrations took place inside and outside the venue of the talks in the Spanish capital, with Swedish teenage activist Greta Thunberg one of the most prominent voices calling for urgent action to curb emissions.

Some countries said it was time to heed those demands.

“We have the science. We have the collective will to deliver enshrined in the Paris agreement. And now it is time to step up,” said Ola Elvestuen, Norway’s environment minister.

“A weak encouragement will not be understood by the outside world,” he said. “It will send a message that we are not listening to science.”

Senior European officials, including ministers from Spain, Germany and the EU’s top climate official, Frans Timmermans, were engaged in last-minute negotiations to prevent the talks from collapsing.

But among the countries pushing back against agreeing new measures to help poor countries and set new emissions cutting targets was the United States, which under President Donald Trump has announced it is pulling out of the Paris accord.

“I’ve just heard the comments of many others here today on the need to include an expansive additional language on gaps and needs,” Kimberly Carnahan, a State Department official representing the US, said during a morning debate.

“We don’t support such language and we would not think that it would lead to the balance of this text, but rather take us quite far in the other direction.”

Small island nations, which fear disappearing beneath the waves over the coming decades as global warming leads to sea level rise, bristled at the US position.

Harjeet Singh of the humanitarian group Action Aid said the European Union would also shoulder blame if the talks in Madrid fail to make progress.

“It does a lot of sweet talking but it doesn’t really help people,” he said.

Among the main issues at stake are rules for international carbon markets and a system for channeling money to help poor countries cope with the economic impact of climate change.