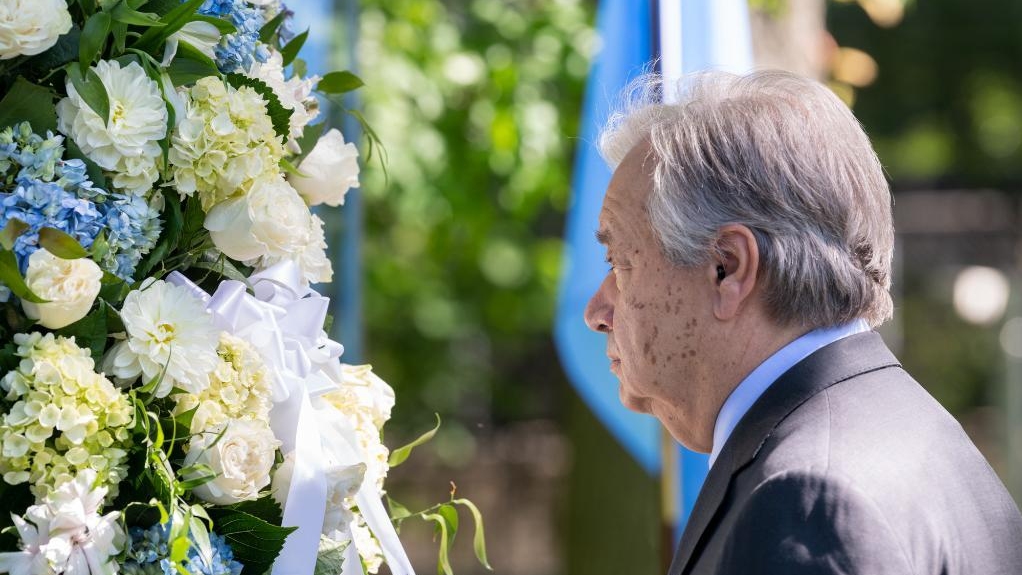 Thursday's events formed the annual observance of the International Day of UN Peacekeepers, which falls on May 29.

"Our fallen peacekeepers, uniformed and civilian, lost their lives due to malicious acts, in accidents and as a result of illness, including COVID-19. They came from 44 different countries and diverse backgrounds but were united by a common purpose: to serve our great organization, promote peace and security and improve the lives of some of the world's most vulnerable people," he told the Dag Hammarskjold Medal ceremony in honor of the 129 fallen peacekeepers.

"We are forever in their debt. I offer my sincere condolences to their families and friends and I hope that the medals presented today offer some comfort. Their ultimate sacrifice will not be forgotten, and they will always be in our hearts."

The challenges and threats faced by UN peacekeepers are immense. They work hard every day to protect some of the world's most vulnerable, while facing the dual threats of violence and a global pandemic, he said.

Despite COVID-19, across all UN peacekeeping missions, the blue helmets have not only been adapting to continue to deliver their core tasks, they are also assisting national and community efforts to fight the virus, he said. "I am proud of the work they have done."

"We salute the dedication and bravery of all our peacekeepers - women and men, the young and the slightly older - and we remain grateful for their service and sacrifice. They deserve our full support, and we must continue to work together to do all that we can to improve their safety and security and give them the tools to succeed," said Guterres. 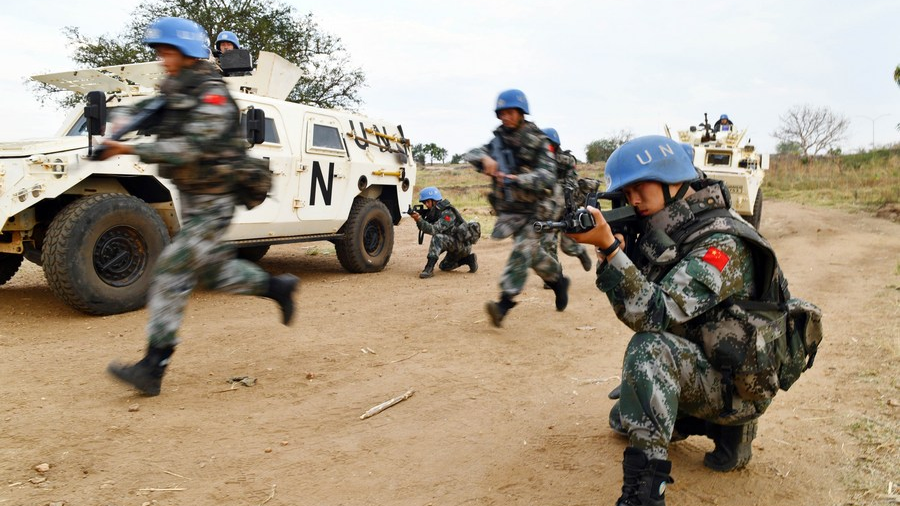 Chen served with the UN-African Union Hybrid Operation in Darfur (UNAMID) and Wang with the UN peacekeeping mission in South Sudan.

"Always be a builder of world peace is China's solemn commitment to the world," said Zhang Jun, China's permanent representative to the United Nations, who received the medals on Chen and Wang's behalf.

Since 1990, China has dispatched over 40,000 peacekeepers to UN peacekeeping missions. Sixteen military officers and eight police officers have lost their lives, he said. "It fully demonstrates that China, as a responsible major country, is peace-loving, actively participates in the UN peace affairs, and has honored its solemn commitment to maintaining world peace."

Standing at a new historical starting point, China will uphold the concept of a community of shared future for humankind and continue to contribute to the maintenance of world peace, said Zhang.

At the ceremony, Major Steplyne Nyaboga, a Kenyan military officer who served with UNAMID, was awarded the UN Military Gender Advocate of the Year Award for 2020.