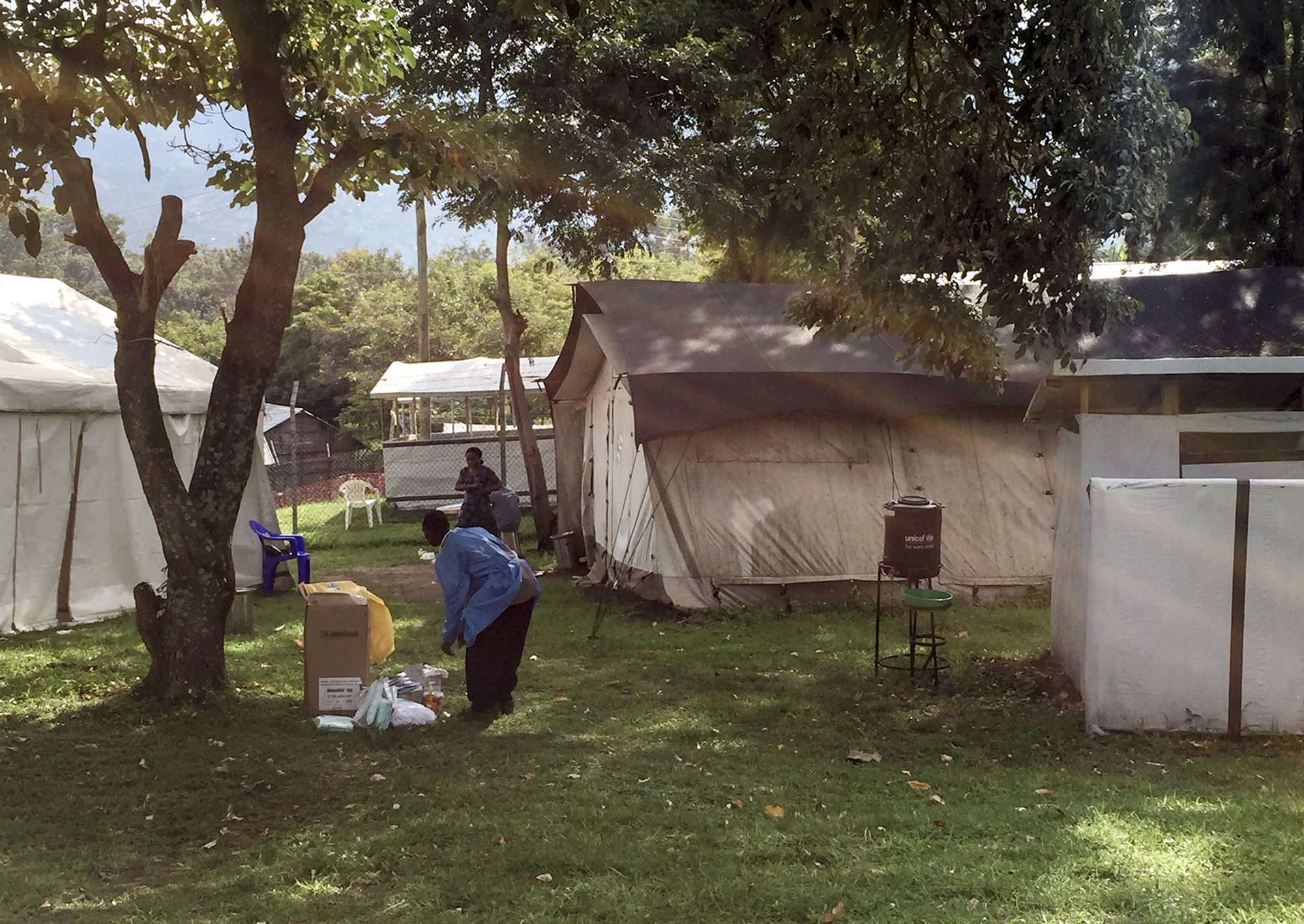 This photo released by the International Rescue Committee (IRC) shows the treatment unit where the confirmed and suspected cases of Ebola are being treated Wednesday, June 12, 2019 at Bwera hospital, Kasese District, in western Uganda near the border with Congo. (Photo: AP)

The World Health Organization says an expert committee will meet on Friday to discuss whether to declare the Ebola outbreak a global health emergency.

This is the third time the committee is meeting on the current Ebola outbreak, which has killed nearly 1,400 people since it was declared in August.

The WHO announcement comes a day after the first cross-border case in this outbreak was confirmed.

A 5-year-old boy who crossed from Congo into Uganda earlier this week has since died. Two relatives in Uganda also have the highly contagious virus.