SANAA, Nov. 21 (Xinhua) -- The UN Envoy to Yemen, Martin Griffiths, headed along with his delegation to downtown in capital Sanaa on Wednesday and made no statements to reporters upon his arrival. 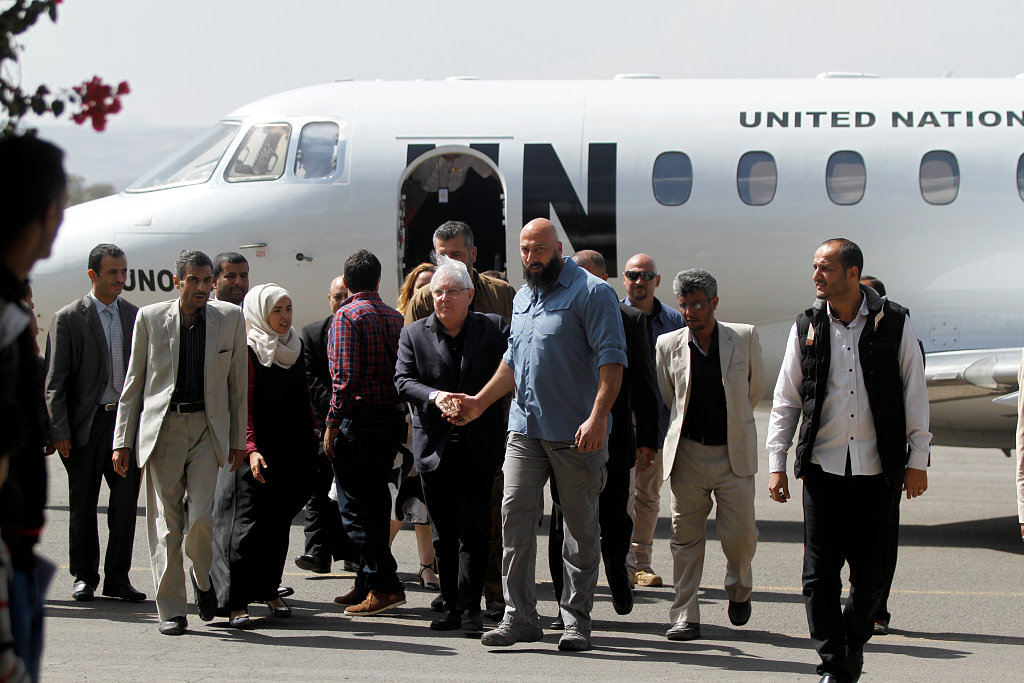 On Friday, Griffiths told the UN Security Council that he planned to visit the embattled port city of Hodeidah. He urged the council to adopt a humanitarian truce before holding peace talks in Sweden within weeks.

A round of talks in Geneva collapsed in September after Houthi delegation did not attend.

Yemen has been in civil war in the past three years, pitting Houthi rebels and forces loyal to the government of Abd-Rabbuh Mansur Hadi.

Houthi rebels have announced the halt of launching missiles at Saudi Arabia and the United Arab Emirates.