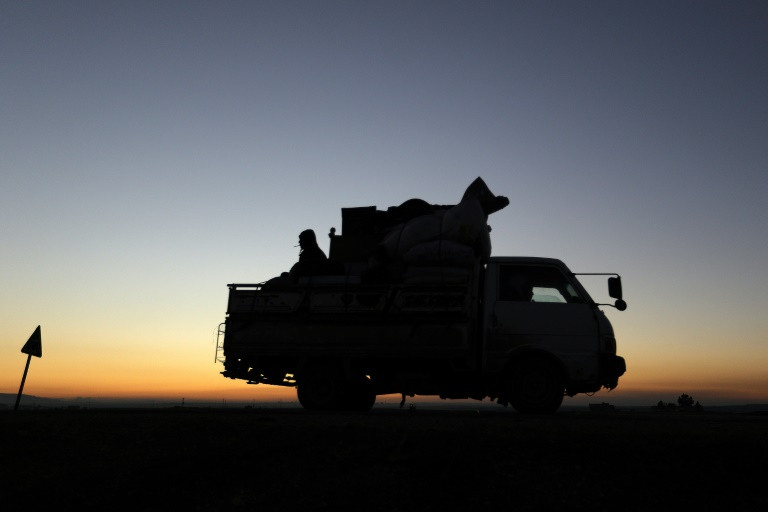 The UN special envoy for Syria said that peace talks due to resume in Vienna on Thursday are taking place at a crucial moment.

"Definitely I am optimistic because it is the only way to be at such moments," Staffan de Mistura said on Wednesday. "It is a very, very critical moment."

France's foreign minister said meanwhile in Paris that the Vienna talks are the "last hope" for reaching a political solution to the seven-year war.

"There is no prospect of a political solution today except, and it's the last hope, the meeting that opens tomorrow in Vienna led by the United Nations and with all the stakeholders present," Jean-Yves Le Drian said.

Speaking in parliament, Le Drian also highlighted a "considerable worsening of the humanitarian situation" in Afrin, where Turkish forces are carrying out an offensive against a Kurdish militia, as well as in Idlib and in Eastern Ghouta.

The talks hosted by de Mistura in the Austrian capital come after eight previous rounds in Geneva that failed to get the warring parties even to talk to each other.

The discussions have repeatedly stumbled over the fate of Syrian President Bashar al-Assad.

Representatives from his government have refused to meet the opposition directly until it drops demands that he leave office.

Nasr al-Hariri from the main opposition group, the Syrian Negotiations Commission (SNC), said late Wednesday in Vienna that the next two days would be "a real test for all the sides".

The talks come ahead of a peace conference in the Russian Black Sea resort of Sochi backed by Russia, Iran and Turkey on January 30.

Moscow initially hoped to convene peace talks in Sochi last November but those efforts collapsed following a lack of agreement among co-sponsors.

Syria's main opposition group has said it would need "full and clear information" before agreeing to take part, but government representatives have said they will attend.

The Sochi summit specifically aims to set up new constitution for post-war Syria -- something which the UN's de Mistura also hopes to make progress on.

Western countries view the Sochi track with scepticism, concerned that Russia and Iran will carve out a settlement that will favour their ally Assad.

Syria's complex, multi-sided war has claimed more than 340,000 lives, forced millions to flee their homes and left Syria in ruins.

Russian-backed Syrian forces have also dealt severe blows to the Islamic State group, whose self-proclaimed "caliphate" in Iraq and Syria has largely collapsed.

In December the first Russian troops began returning home after President Vladimir Putin ordered a pullout, saying their mission had been largely completed.

De Mistura has called on Putin to push the Assad regime to hold new elections, saying a military victory alone was not enough to "win the peace".